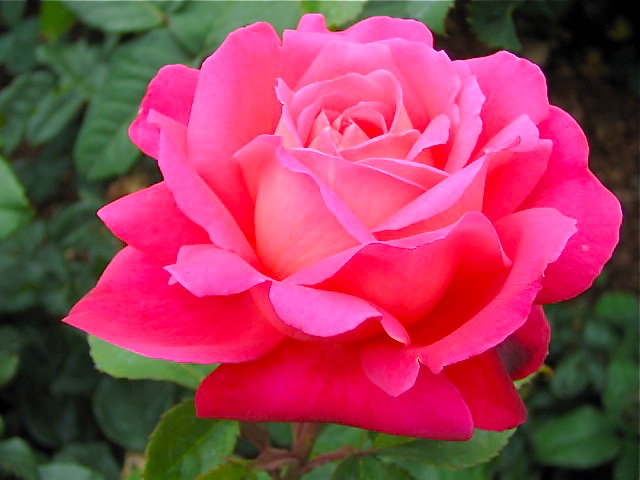 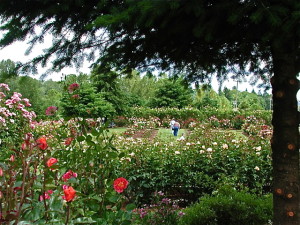 ST. PAUL, Ore. –John and Louise Clements didn’t know when they married in 1970, that they would be turning John’s hobby of growing miniature roses into one of the largest, most successful rose garden businesses . Today, Heirloom Rose Garden features wonderfully fragrant old-fashioned disease-free roses from the world over and visitors come from all around the globe to see them.

Located just 25-miles south of Portland, Heirloom Rose Garden’s 1500 roses grow on 30 acres of land. In addition, there are 33 greenhouses, five themed gardens and a gift shop that are open to the public. The gardens employ 20 people year round and up to 40 during the spring and summer peak seasons.

For their annual catalogue, Louise, who was an artist in her private life, photographed and processed up to 700 old garden roses, miniature roses, hybrid tea roses, ground-cover and climbing roses. The catalogue has become a collectors item among rosarians.

“We lived in Medford and in the beginning, we called ourselves Small World Miniature Roses,” Louise said of their start in the rose business. “John and I were poking holes in the bottom of metal coffee cans and plastic containers to make the flower pots. John would come home from working as an air traffic controller and propagate miniature roses until after dark and get up early in the morning to water them. Meanwhile I mixed soil, packed plants for shipping, answered the phone and did the bookkeeping.”

The miniature rose business grew from several flats of roses in their driveway, into being the largest supplier of miniature roses in the Northwest with wholesale customers all over the United States. In 1982, they moved to St Paul, to be closer to the shipping opportunities in Portland. In 1987, the Clements made a decision that made their own rooted roses set a standard for the industry. 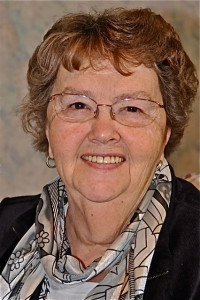 Louise Clements  of the Heirloom Rose Gardens she and her husband started more than 30 years ago; photo by Jan Jackson

“John was a visionary,” Louise said of her husband, who clearly saw the future of hardy disease-free, sweet-smelling roses that they grow today. “While visiting rose gardens and rose hybridizers in England, we met the world renowned English rose breeder and author David CH Austin, and that changed our lives. John said this is the way the US is going to go and this is what we are going to do. That was in 1987, and the rest is history.”

Widowed in August 2007, Louise continued to run the company.

“I have the best employees in the world,” she said of her longtime workers. “I don’t believe in hiring people because of what they know and instead hire people with a good attitude who were willing to learn.

“They not only love and know roses but they love people as well. Some have tried to copy us but none has survived and I thank my staff for that.”

For information on how to order roses or tour the gardens, visit www.heirloomroses.com.

Update: Heirloom Roses is now owned and operated by Ben and Kara Hanna

Joe the Sea Lion is Back in Town…