Joe the Sea Lion is Back in Town… 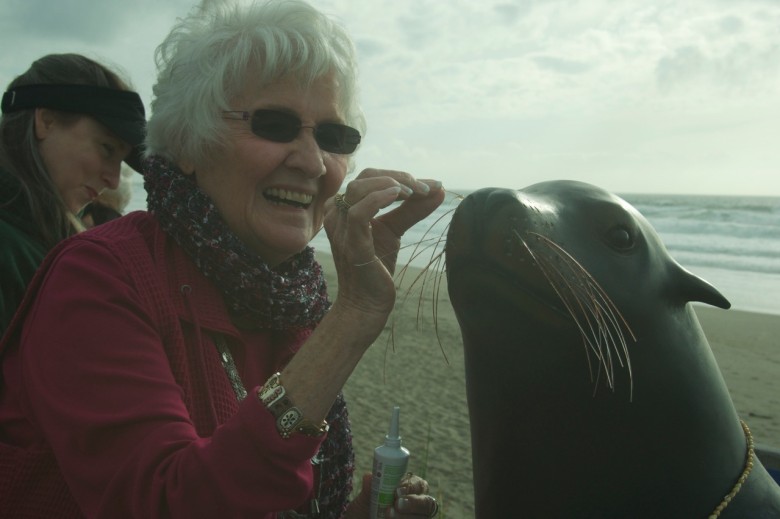 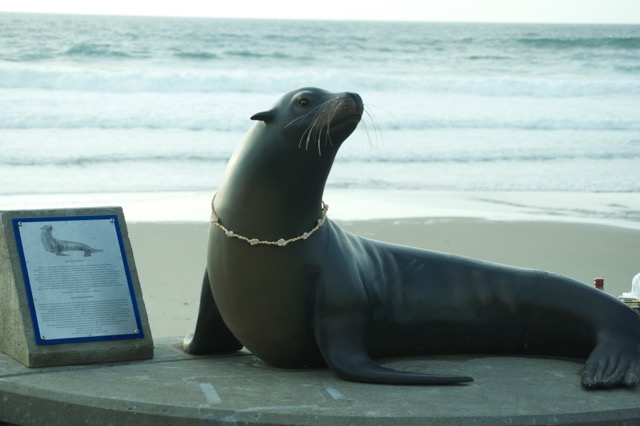 In March 1936, a battle-scarred, male sea lion came on shore in the beach town of Nelscott, Oregon (now part of Lincoln City). Found by local resident Dave Dewey, and later, named Joe, he soon became famous. When he made the front page of the Oregonian, 5,000 people came to see him. Now after 70+ years, his likeness is back and visitors are coming to see him again.

Suzanne Griffith Allen, long time Lincoln City resident and supporter of the arts, always loved the story of Joe. She recently decided to immortalize him in memory of her late husband, Dr. Clarence Scott Allen. 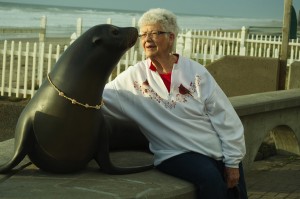 “We always loved the Joe story and because Clarence loved animals so much I thought it would be a fun way to honor both of them,” Suzanne said. “I am also a great supporter of Lincoln City’s art programs and adding Joe’s statue to the mix adds artistic interest and personality to our public beach accesses.”

Suzanne’ story of Joe is posted along side of his likeness where SW 35th Street meets the Pacific Ocean.

“Joe was found just about here where you are standing, by Dave Dewey, a local resident. Rather than stay in the fenced-in area built for him, Joe liked to go into homes along the waterfront. He appeared to enjoy being bathed with a hose and having his back rubbed with a broom. He made the front pages of the Oregonian, and an estimated 5,000 people came to visit him. Residents in a neighboring town, having become envious of Nelscott’s publicity, complained to the game warden who brought a truck, loaded Joe, took him to the ocean and forced him to swim away. Years later, the body of a dead sea lion was found in the Sea Lion Caves with one blind eye and a deep battle scar on his neck and shoulder…just like Joe. Joe, the Sea Lion of Nelscott, was donated to the city of Lincoln City, Oregon, by Suzanne Griffith Allen in memory of her husband, Dr. Clarence Scott Allen, who loved animals. May both Joe and Clarence rest in peace.

P.S. Please don’t pull out his whiskers…thank you!”
To visit Joe, drive either north or south on Highway 101 and turn toward the ocean on 35th SW and you will see him sitting there. There are some nice parking spots and public restrooms – oh – and bring your camera so you can take a selfie with Joe.