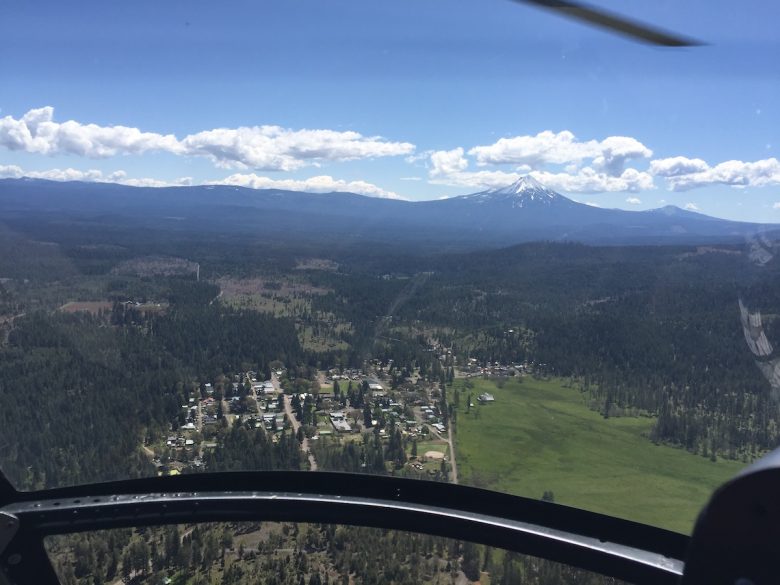 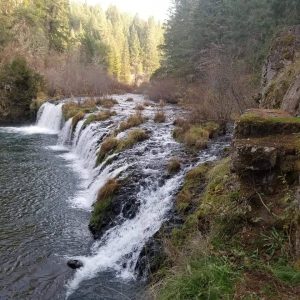 As published in the Capital Press

BUTTE FALLS, Ore. — Local members of the timber industry and fire crews worked around the clock to keep the Obenchain and Alameda fires from wiping out the town of Butte Falls, Ore., in September 2020.

Now the 450 townspeople are working to prevent a repeat of those disastrous fires by creating a community forest as a buffer surrounding the town.

Longtime Butte Falls resident and logger Don Hamann describes the location of the town as the hole in a forest “doughnut.” He has been working on plans for the community forest from the beginning.

“No one talks about if there is going to be the next fire but when it will be, and we realized we were going to be way better off investing ahead of time versus just waiting for it to happen,” Hamann said.

During the 2020 fires the town was evacuated for 10 days.

“Those ten days seemed like a long time to wait when you we didn’t know if you would have anything to come back to,” Mayor Linda Spencer said. “Our goal now is to make the circle of timberland around us as fire retardant as possible and at the same time make it be something we can share with other folks in terms of recreation and things like that.”

The 460-acre circle of timber around the town will be developed as a community forest. The plan is to manage the forest so its trees are  spaced farther apart from one another with higher ladder fuels that can be “broadcast burned” without damaging the trees, Hamann said. “So, we’re not only about being proactive in the world of increasing danger of catastrophic fires, but we are creating and adding opportunities for forest health and recreation.”

According to Hamann, the main person who was convinced something could be done was Spencer, who is retired from the Environmental Protection Agency in Washington, D.C.

Spencer first connected with the statewide mayors’ group, which connected her with Oregon Solutions, Regional Solutions and the Trust for Public Lands. Between the three of them, they got the first grant for the community forest. The organizations specialize in collaboration among government agencies, individuals and organizations.

“The Oregon Department of Forestry has been incredible, we became an Oregon Solutions project, and (Gov. Kate Brown) came down and gave us her stamp of approval,” Spencer said.

The town received a $400,000 grant from the U.S. Forest Service for the community forest, a $700,000 grant from the Oregon Legislature “and more money from places like the Medford Water Commission and Gordon Elwood and others,” Spencer said. The Elwood charitable foundation is based in nearby Medford.

As contracts for the work are now being issued to many of those who worked to save the town two years ago, Hamann said he is encouraged by the project.

“We just took possession of the 460 acres in January,” he said. “We awarded the first contract in May, and now we’ve started to move forward to the harvest. It will probably take at least five years to get there, but at least we have started.”

Photo Caption/Credit: Nick Rodgers, fourth generation Butte Falls logger, photographed the town from his helicopter to show the vulnerability of the forest encircled town. Rodgers, CEO of Rodgers Contract Cutting, was one of the many defenders of Butte Falls during the September 2020 Obenchain and Alameda fires and holds one of the contracts to help develop the new Community Forest. Photo by Nick Rodgers

Whale Tales – The Spirit of Orca is Back


One Pan Annie’s take on the Food Love