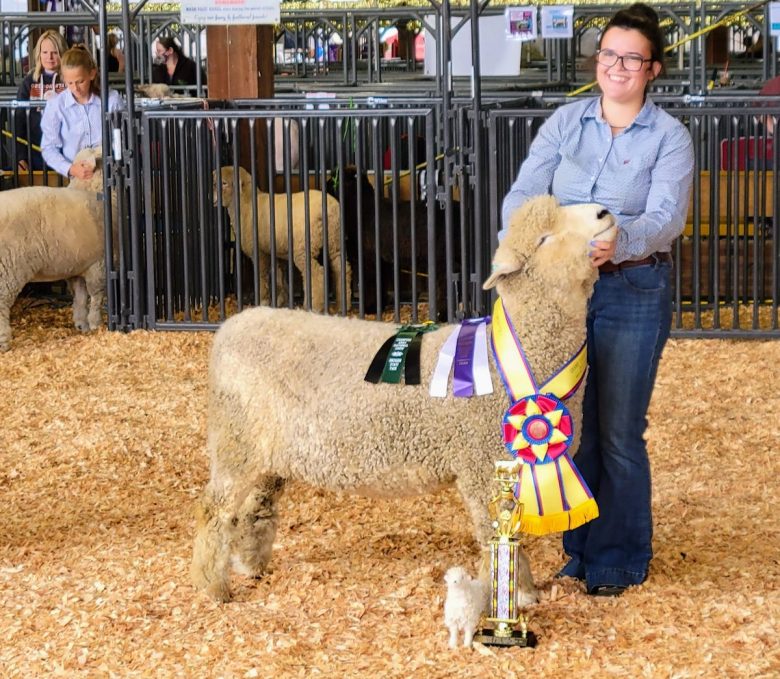 As printed in the Capital Press 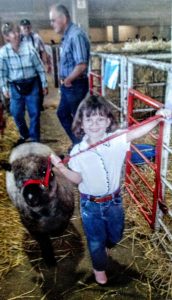 LEBANON, Ore. — Anne Nichols was 4 years old the first time she showed a sheep. Now a 21-year-old FFA alum, Anne is a student at Oregon State University working toward an ag science major with a minor in ag education.

Recounting her upward career path through 4-H and FFA, she has lots of advice for children, parents and consumers of lamb.

“I think my advice for kids, especially when you’re getting started, is to make connections and really seek out older members, whether it’s in FFA or 4-H, and ask for help,” Anne said. “Take every opportunity you can, and soak up every minute of it, because it all goes really fast.”

As far as advice for parents: “I like to see them let the kids learn on their own but be there to support them,” she said. “I think it’s important to take them to the activities that are available for them and let them be as involved as they want to be.”

Anne started in a 4-H Clover Bud Adventure Club when she was in the first grade but didn’t join a “real” club in the fourth grade.

“There were four or five of us in the adventure club and we met every Tuesday and did fun stuff like digging worms or making something in the kitchen or doing some sort of home economics type thing,” Anne said. “I had already been showing sheep through open class at both the fair and at Black Sheep, but you can’t show livestock through 4-H until you are 9.

When she was old enough, she moved on to FFA.

“When I first started FFA, I was really focused on just the sheep side of things and being able to show through FFA, but then it quickly became more of a leadership thing. I became a sheep barn manager at the Lebanon Land Labs and then started teaching a lot of kids about sheep and working with ones who were showing for the first time.”

That’s when she realized she wanted to be an ag teacher.

“I decided I not only wanted to teach kids about ag but help them find their passion in the industry,” she said.

The daughter of sheep growers Tom and Karen Nichols, Anne was born and raised with sheep. Tom, former manager of the OSU Sheep Station and past president of the Oregon Sheep Growers Association, started out raising cattle but switched to sheep when he met and married lifelong flock manager Karen.

“I got my very first bottle lambs when I was three, and I remember going out trying to catch them to feed them and one knocked me down,” she said. “It didn’t slow me down, though, and I started showing them a year later.”

“It’s kind of bittersweet to graduate from FFA because I’ve made some of the best memories and still have a lot of connections from my time in FFA,” she said. “It is hard to have that chapter closed because even though I’m excited to move on, I’m never going to be in the shoes of a student again and kind of get it from that perspective.”

Ask about her own future and Anne’s immediate response was to continue on and get a master’s degree in ag education and then someday, after she has some teaching under her belt, start an FFA program in a school that has never had one.

In addition to sheep, she has other interests.

“I’ve been so busy with sheep, livestock judging and school the last two years that’s what all of my time has gone into,” Anne said. “I love cooking, reading, and I would love to travel to New Zealand. My mom went there on an exchange in college and said it was absolutely amazing. Because of that I’ve always wanted to experience it as well.

“As far as hobbies, I’m trying to figure that out right now,” Anne said. “I’m looking into getting involved in some extracurriculars at OSU and collegiate FFA, and those sorts of things. Because for the past two years, livestock judging was my hobby and everything. I mean it was really time consuming, so right now I’m still kind of trying to figure it all out.”

Staying on the Bright Side


Why Sheep – The Lady is a Shepherdess