Writing Your Story – a Tribute to a Leader

Editors note: This is a speech Rachel wrote and presented for an Area 44 Toastmaster’s Speech Contest on March 13, 2022 . I think it needs shared. 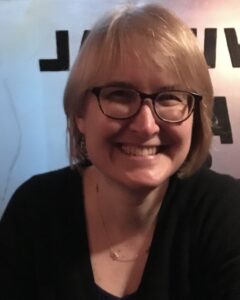 How many of you have been like me, obsessively checking the news on your phone and

your computer every chance you get? I know I have. Every time it seems the story arc for

our current reality has gotten as crazy as it possibly can get…. Come on … we still haven’t

quite finished the global pandemic, there is the damage from climate change, the fires and

floods, the fight for voting rights, Democracy reform, all the political discord and now talk

nuclear war has entered the picture?!

then you realize the power each of us has to make a difference. Sometimes one person can

literally change the world for both good and bad.

Yes, I’m talking about Vlodomyr Zelensky, the President of Ukraine. Right before Russia

invaded Ukraine, the expectation was that if all the Russian troops and heavy military equipment

that were massed on the other side of the Ukrainian border, went into the country of Ukraine

that Russia was pretty much going to be able to roll right over them. Instead, Russia is facing

stiff resistance from the Ukrainian people and the whole narrative has changed, with almost the

fight to save their country. When I originally gave this speech, it had only been a week since

Russian forces invaded the country of Ukraine. Now it has been eighteen days of the Russian

military bombing and shelling city after city in Ukraine, displacing 2.5 million people as they try to

flee to safety. What hasn’t changed during this time period is the belief of the Ukrainian people

in their country and the belief in their President and their government. President Zelensky has

What makes a good leader

Watching this story, it made me think about what traits make up a good leader? One

messages that the Ukrainian people did not want to go to war. By doing this he was able to

attack the Russian speaking citizens in the breakaway region of Donbass. The message that

Putin had to go in to protect those citizens totally didn’t work. The Ukrainian people would not be

Disinformation campaign failed. Instead, Zelensky’s calm clear messages were that while the

Ukranians did not want war, they would defend their Country and would not let the Russians try

to divide them by stoking fear. President Zelensky has been using his communication skills to

keep his fellow citizens and the world updated and to not let his country’s plight be ignored.

Since the invasion began, more than one million people have protested the war in over two

hundred cities across the globe. In some of the rallies in Europe, Zelensky was able to speak

to the protestors on an enormous screen. Talk about good communication skills!

Leading by Example is another important trait of a good leader. Once the invasion started and

the tanks, the bombs, the soldiers, the mecernary soldiers with the assignment to assinate

President Zelensky and his family and the all of the members of the government, most people

would try to get out. President Zelensky and his government officials have all stayed in Kiev.

The United States offered to try and help him leave but he said “I need ammunition not a ride!”

His example has inspired his people and people around the world. Ordinary Ukrainian citizens

have been defending their country. Some with weapons, others learning how to create molotov

cocktails from bottles, and still others are confronting the Russian soldiers with their words and

their bodies to try to stop the tanks from progressing.

Being passionate in your beliefs is another important trait. No one who has listened to

President Zelensky or seen the footage of the Ukrainian people doubts their passion. Instead of

a quick invasion from an overpowering military, ordinary citizens of all ages have been joining

together to fight back in whatever ways they can. Whether it is to tell heavily armed Russian

soldiers, like one Grandma did, to put sunflower seeds in their pocket so when you die here in

Ukraine, and you will die here … the flowers will grow. Or having captured Russian soldiers call

not want them or war. Ukrainian farmers with tractors have been remarkably successful in

recovering Russian military equipment that were abandoned due to being out of gas, stuck in

the mud or broken down. Seeing photos of huge tanks, pantsirs, and other massive military

equipment being hauled away by Ukrainian farmers on tractors has been quite something!

President Zelenskyy said on Thursday during his address to his fellow countryman : “Our

the battlefield. Enemy tanks, armored vehicles, ammo will now work for our defense. What

could be more humiliating for the invaders? We’ll beat the enemy with its own weapons.”

Imagine if all of us recognized the power we have to make a difference.

All of us have the ability to become a good leader, to communicate clearly, to lead by example and be passionate

better and hopefully safer place for all of us. To quote Zelensky talking to his people, I admire

each of you. The whole world admires you – Today, you Ukranians are the symbol of invincibility.

The symbol that people in any country can become the best people on earth at any moment.

Zelensky today: “You are asking me how’s the situation on

towns just don’t exist anymore. And this is a tragedy. They

are just gone. And people are also gone. They are gone

forever. So we are all on the front line.“


Whale Tales – The Spirit of Orca is Back