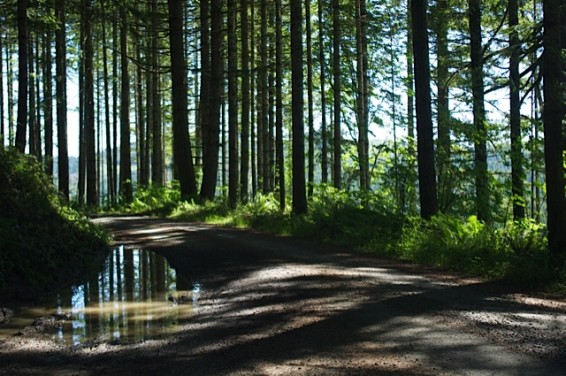 Did you know McDonald’s introduced drive-through service due to the military? 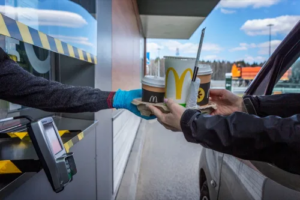 The first McDonald’s Drive Thru was installed in a restaurant based in Sierra Vista, Arizona, located near the Fort Huachuca military installation. Military rules forbade the soldiers from wearing their military uniforms in public, and they weren’t about to change into civilian clothes just to grab a burger and run back to base, so restaurant manager David Rich came up with a solution: cut a hole into the wall and allow members of the military to pick up their orders without stepping out of their car. The convenience and simplicity of the idea quickly caught on. 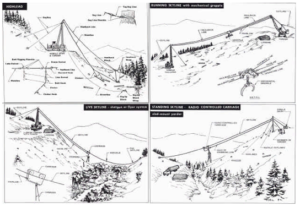 Cable yarders remain stationary while pulling logs to the landing. A highlead system (top left) provides limited vertical lift to the logs being pulled to the landing. A running skyline (bottom left) provides vertical lift by maintaining cable tension . The grapple carriage shown provides no lateral reach. A live skyline (top right) can lower the carriage to the ground or can be raised to provide lift. A standing skyline (bottom right) uses a radio-controlled carriage containing a winch with a dropl

Yarding is the process of hauling logs from the cutting area to the landing. Instead of moving the yarder to the log, cable systems move the log to the yarder. By stringing cables out into the woods and pulling the logs to the landing, cable systems overcome the topographic, soil, and speed limitations of ground-based logging systems. Cable systems however need considerable time to set up and to move to different parts of the harvested area. 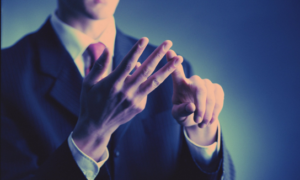 to a billion in their lifetime?

It would take about 125 years to count to a billion out loud if a person counted day and night.  Counting would slow as the numbers got higher since it would take longer to say them (for example saying, “five hundred sixty-two million, seventeen thousand, two hundred and fifty-three” takes longer than saying “ten”.)

Of course, if the counter wanted to sleep and eat, they could reduce their counting to 12 hours per day and it would take about 250 years. 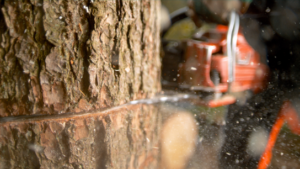 Felling is the first step in converting trees into lumber, paper, and other products.

Trees are felled either manually with a chainsaw or mechanically with a feller-buncher or harvester. The felled tree can either be processed (delimbed and bucked into logs) there in the woods or processed at the landing. Whether manual or mechanized, limbing and bucking can be time consuming. The lengths into which the logs are bucked, however, determine the price received at the mill and the profitability of the whole operation.

Mills that turn logs into products such as lumber and plywood of specific sizes need logs at least that large. When bucking the downed tree into logs, the logger must identify the best possible combination of log sizes, while avoiding breaks and other log defects. As much as 40% of the possible value can be lost in felling and processing.

Manual felling is the preferred method in large timber and on steep terrain inaccessible to mechanized equipment. Manual felling is also dangerous, resulting in high levels of injuries and even fatalities, resulting in insurance rates as high as 60 % of the faller’s wage. Manual thinning in dense stands is difficult, since felled trees often are caught by the residual trees causing unsafe conditions and delays.

The high cost of manual felling facilitated the move toward mechanized felling and processing (limbing and bucking). Feller-bunchers can drop timber into bunches that can be more easily gathered for yarding than the scattered pieces left by manual felling. Mechanized felling operations are limited by tree size and terraine.

Article Tags:
cable based yarding · falling and processing · history of toothpicks · how many toothpicks can you get from a tree · Seneca Logging Company · Springboard · springboard planks · toothpicks · where do toothpicks come from
Article Categories:
Forest Keeping