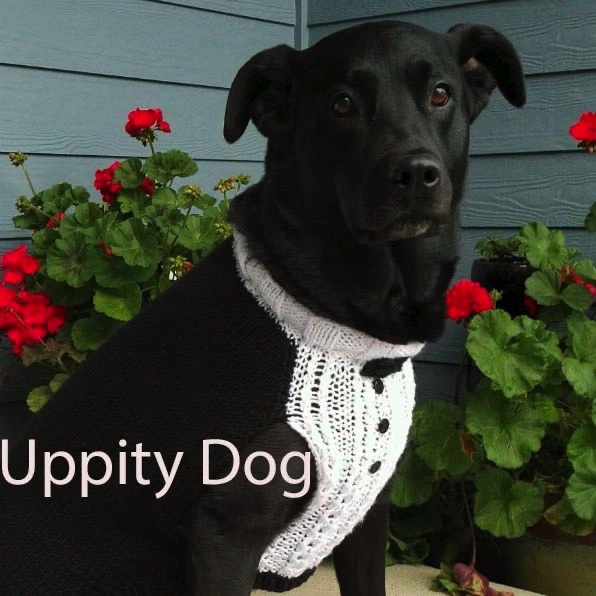 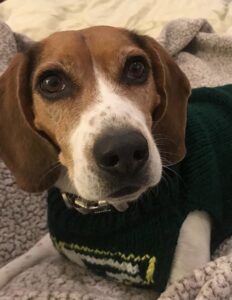 If they gave Oscars for modeling, the Beagle Miss Clay Belle would win a big one. Her UppityDogWear wardrobe consists of two team sweaters (Green Bay Packers and the Lakers), a fluffy pink number with a sheep on it and one with a Christmas tree on it that she plans on donning as soon as the season permits.

So, who is Miss Clay Belle? Here is what her mistress Annalise Morgan has to say.

“Clay was born in Riverside California and was 11-weeks old when we went to pick her up,” Annalise said. “There were only three female puppies left, and Clay jumped on her sister’s heads so she could get close enough to say hi to us. She had the most energy and seemed to want to be with us. It was meant to be.

“My dad had always wanted a beagle and finally decided to get one when I graduated from college and had a few months to help train a puppy. Clay is very happy, loves being with humans and other dogs, and is very opinionated. Her favorite thing to do is go on walks and adventures. She loves to sniff for squirrels and rabbits. She enjoys walking at the beach and chasing seagulls. Her best friend 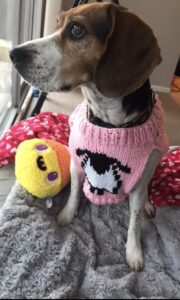 Miss Clay Belle as a dog in sheep clothing.

is a dog named Nora, they like to run in the park together and play fetch. She lets you know what she wants to do, and where she wants to go on a walk. 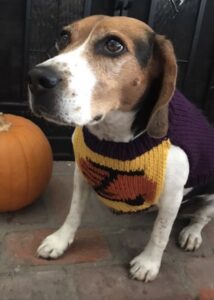 “She loves water and snow. She has been to Big Bear twice and loves to run around in the snow with her snow jacket, although she doesn’t like the snowshoes, we put on her. She has been kayaking in Cayucos and was fascinated watching the sea otters in the water. She has been canoeing in the Arkansas Buffalo river and loved swimming and floating in the water in her shark floaty vest. She has also been to Texas and Arizona, but thought it was a bit too hot there for her liking. She likes snuggling under blankets and sleeping with her humans under theirs.

“Clay loves all meats, chicken and roast really make her happy. She also loves doggy frozen yogurt. She likes to split her time between my parents and me and Ricky so that she gets two places to play, and more blankets to snuggle in:) She also enjoys laying in front of the fire when it gets cold.”

There you have it. If I had to lead a dog’s life, I would choose Miss Clay Belle’s.

One Pan Annie on Sugar and Salt


One Pan Annie on Useless Snacks