Whale Tales – and an Elephant Seal 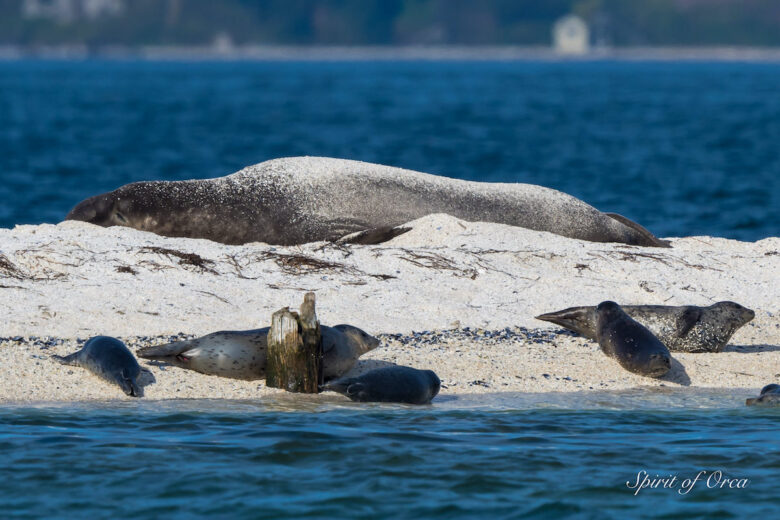 On our morning tour we saw lots of marine life but an elusive MINKE WHALE was lost in a fog bank. The afternoon tour was a five-hour tour where only two boats from Friday Harbor were able to see ORCA. If Canada didn’t have their water border closed, we all could have seen ORCA on the Canadian side.

We met up with the T65As after a lengthy search to relocate them from a previous sighting. We also saw an ELEPHANT SEAL and what I think 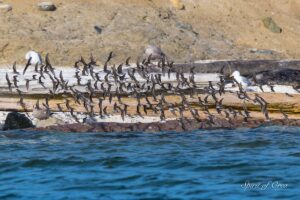 was a flock of RED-NECKED PHALAROPE, but I am not positive. We also saw a GRAY WHALE, TUFTED PUFFINS, STELLAR SEA LIONS fighting, RHINOCEROS AUKLET,

The GRAY WHALE was pretty far off, about 300-yards, but he was in very shallow water on the mudflats. I was in 12-feet of water and he was even shallower than where I was. What was he doing in the mudflats? Eating GHOST SHRIMP. He fans the mud up and engulfs all the GHOST SHRIMP he can. He then forces the water and muddy silt out through his baleen while retaining the shrimp.

To learn more about Captain Ken, visit Spirit of Orca