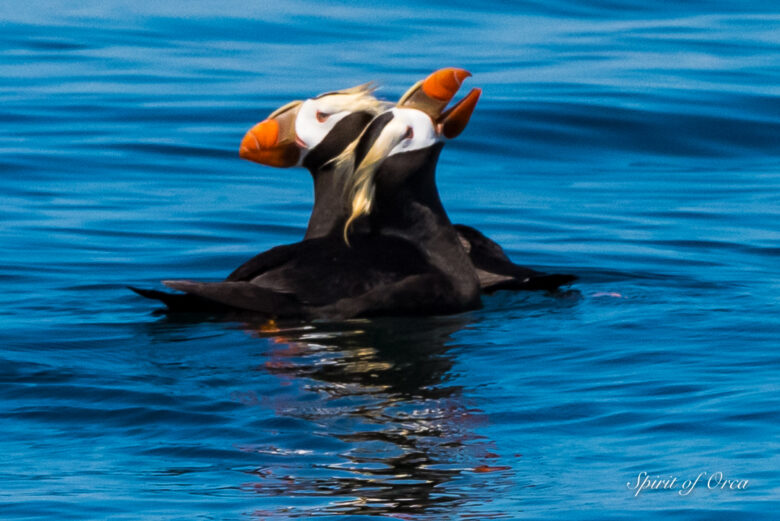 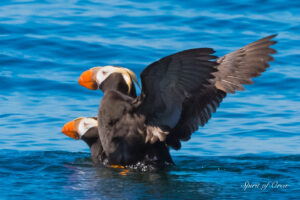 This morning we spent some time trying to see Minke Whales and a Humpback Whale, both were not being particularly cooperative, but we did see more of them than what my lens captured.

were mating, a first for me. Such beautiful birds. The Stellar Sea Lions are starting to come back, miss them when they are gone.

For the afternoon tour, I knew there was a chance that the Southern Resident Killer Whales would make their way down from Canada and sure enough they did. I was

planning on returning to the Humpback but as I was leaving the harbor, I received word that the Resident Orca had dropped back down into USA waters, so I headed up to them.

The first whale we happened upon was J26 Mike. He is such a beauty and his big tall sail of a dorsal fin. Next, we moved on the see J31 Tsuchi and her calf J56 Tofino and one other with them. Then on to see a group of six and another of four and sometime with J38 Cookie, witnessing him pouncing on a salmon. I put the hydrophone down and we heard a few vocals but mostly echolocation clicks searching for salmon.

There was almost zero wind with the pod, and I was sweating like crazy in the hot sun. A very beautiful day on the water.