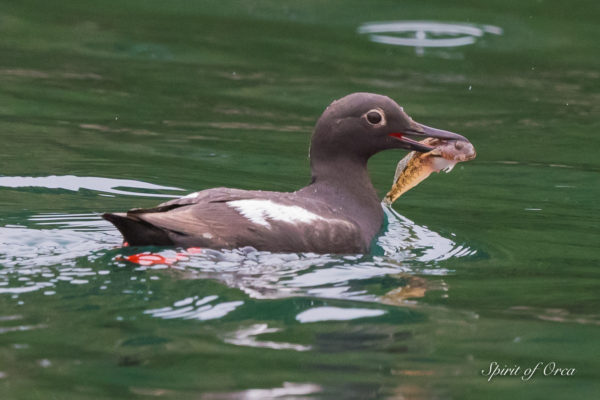 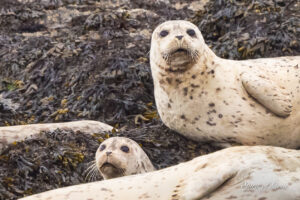 A day with T36s J Pod, a Minke and an otter. A mixed bag of marine life today. On the morning tour the ferry was running an hour late and my guests all happened to be early except for one on the late running ferry. It worked out to have him jump off at Orcas Island and the rest of us zipped over to pick him up there. Then we continued on to meet up with the T36s pod of Bigg’s Killer Whales. 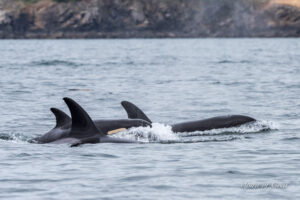 I first thought I had T37A with them until I was back on my computer and saw they were similar, but it was T36B I was seeing. There is a young calf in this group T336 B3, born in 2018.

After viewing them for a while, we moved on and saw some Harbor Seals, Black Oystercatchers, Harlequin Ducks and Canada Geese.

On the second tour, I heard there was a Humpback Whale down in the area of J Pod. We spent time with J Pod including J31 Tsuchi and her new calf J56 Tofino. We never did see the Humpback, but a Minke Whale surfaced close by to the matriline of the J Pod we were watching.


Whale Tales – J Pod and the US Coastguard