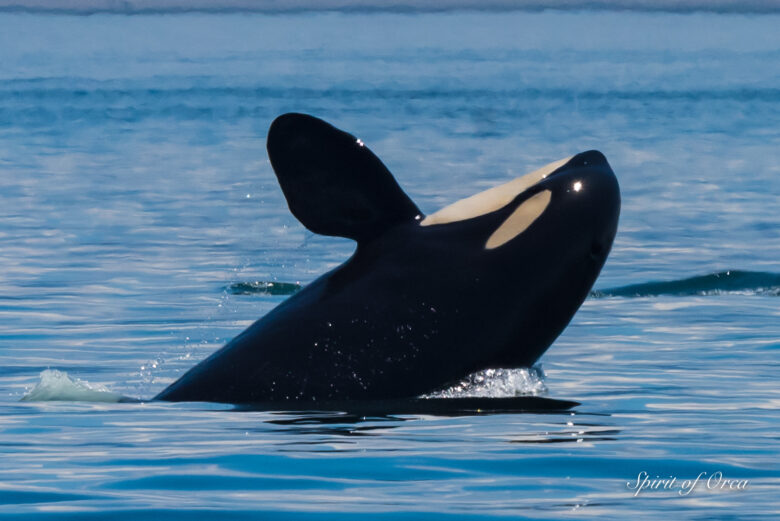 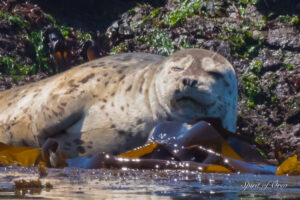 Our first tour found us up in Boundary Pass with the J Pod. They were making their usual trek to San Juan Island via Turn Point and Haro Strait. On the way back from seeing them we passed by the T65As. 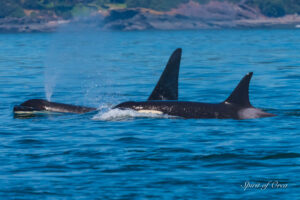 On my second tour, we left the harbor and pretty quickly found ourselves with the T65As in San Juan Channel. After a couple of surfacings and realizing there were way too many private boats. So, I decided to move on to see the Resident Orca in Hero Strait. 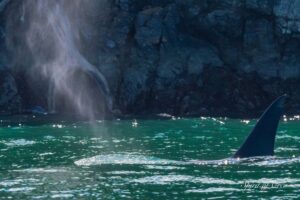 We first viewed J39 Mako for a while then moved further down the Strait and saw J26 Mike and several others. On the morning tour, we saw J26 Mike and J27 Blackberry among others. We also had a glimpse of a Humpback Whale making its way through the pod