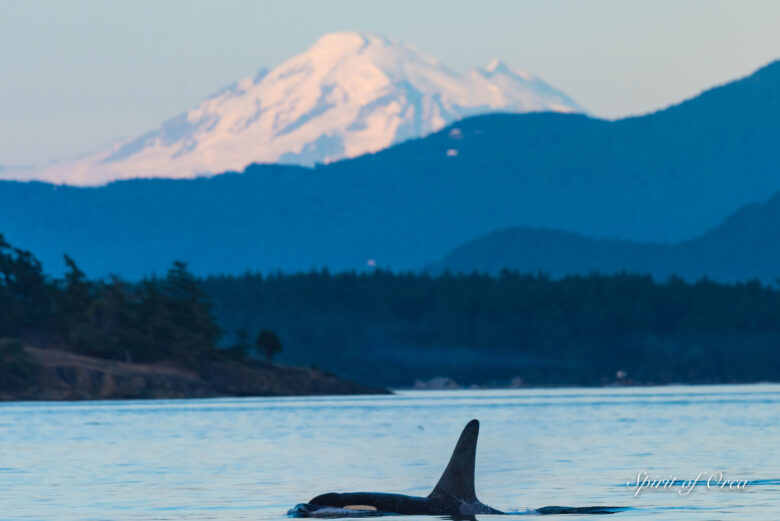 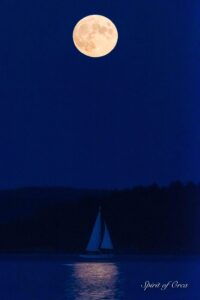 A beautiful day with lots of sun, while Bigg’s T36 – T37s, and J Pod made us smile. There were other pods around too, plus Humpback, Minke and Gray whales.

Our first tour was south of the islands with the Biggs pods. On the way, I stopped off and shared a Tufted Puffin who was pretty and posing for us. He was doing something with his jaw and beak. Not sure if he was injured or if this was part of the process for shedding his plates.

When I reached the Biggs, they were spread out pretty wide in three groups plus a single. By the time we left them, two of the groups and the single had joined up again. 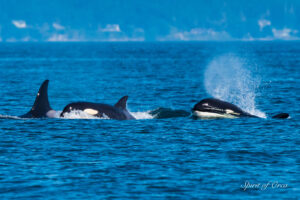 Later, I had an evening private tour and we spent some time with J Pod who had crossed over from Canada. We got a taste of what a Marine Biologist sarcasm looks like. When I asked if he had seen J27 today, he said, “Yes, he is off by himself somewhere doing 3-hour dives.” (Meaning it was hard to track him.)

After spending some time off False Bay and Pile Point with the trailing group we moved up the island and noticed a few spread out offshore. Trying to get pics of as many as we could, we got lucky and happened to find J27 Blackberry foraging. Got some nice views of him until he wandered across the border. Then we went up further towards Stuart Island and watched the leaders make their way into towards Swanson Channel in Canada. We got some nice views of J37. Cookie with Mount Baker as a backdrop.

On the way back there were some amazing skies with the sunset and a full moon rising over the horizon.

Whale Tales – Crossing Over Into Canada