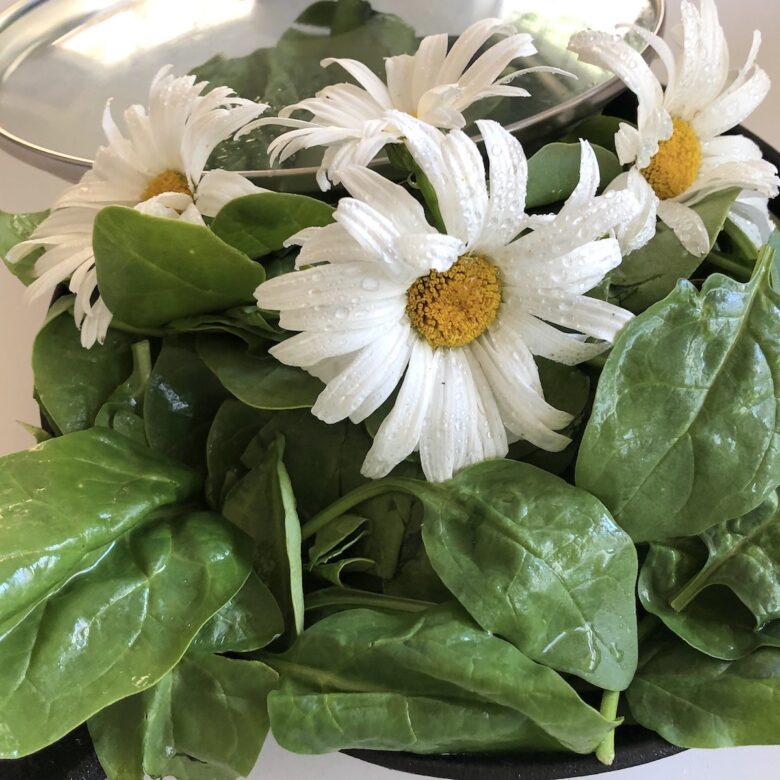 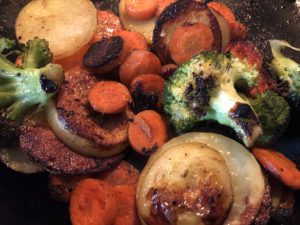 Let’s take this plate of vegetables for instance. She points out that the carrot costs about 20-cents, the potato 20-cents and the broccoli a whopping’ 50-cents. Adding in the 89-cent hamburger patty she cooked with the vegetables (which doesn’t show in the photo), brought the total cost of the meal to $1.79. It took her 10-minutes to fix, she didn’t have anything to to put in the land fill and she had only one dish to wash.

“I use an old fashioned cast iron skillet that cleans up so well I seldom have to wash it,” One Pan Annie said. “First I turn the skillet on high and add the meat ( in a dab of olive oil). It browns while I chop the vegetables (which I do not peel). I turn the skillet down to medium, throw in the vegetables and a dash of salt and put a lid on the skillet. After a few minutes, I turn everything over and replace the lid. In less than ten minutes I’m eating cheap, fresh and healthy.

“Even if I do say so myself, I think my dinner looks as classy as any restaurant in town serves up.”

What? No driving to and from the takeout place, standing in line to buy all those food additives packaged in all that stuff you throw away? Just eating food your internal organs know how to process? Not paying $15 for a meal you can whip up for under $2.00?

I do think maybe One Pan Annie has it figured out.

One Pan Annie skillet of choice.

Fo more about One Pan Annie

How Old is This Tree?


Christmas in the Oregon Gardens 2019