Working in the Woods 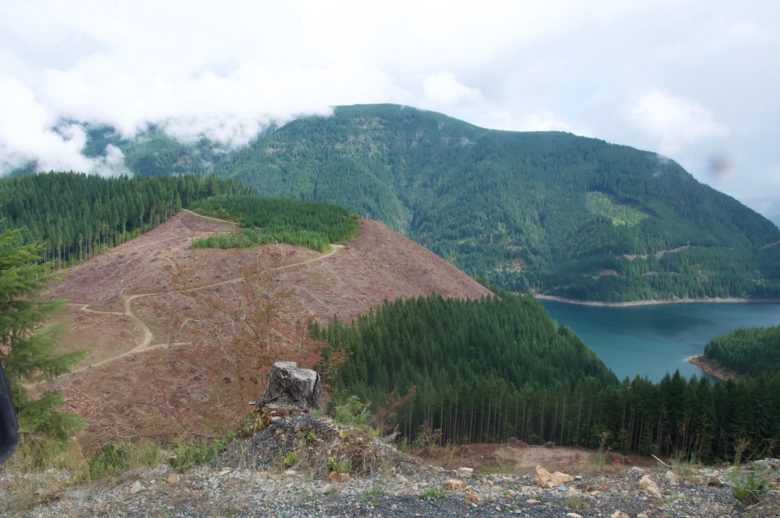 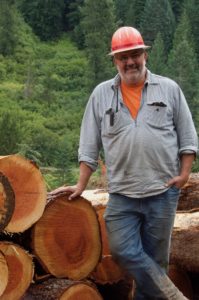 DETROIT LAKE, ORE. – Greg Schmitz, president and CEO of Schmitz Timber Management, has replaced the simple logging operation of his youth with one that relies on the latest technology. When elected president of Associated Oregon Loggers in January, he replaced his individual membership role for a leadership one. The third-generation contract logger has seen a lot of changes in the 40-plus years he’s been in the timber business claims the only thing that hasn’t changed in his business is his love for the job.

“It was all I ever wanted to do,” Schmitz said. “When I was 11 or 12, dad would bring me into the woods with him two or three days a week. I was no good at picking strawberries anyway. My folks were both involved in the company and Associated Oregon Loggers (AOL), so it seemed natural for me to do it too. I do feel old though when I see some of this stuff harvested for the second time.”

Schmitz, who lives in Silverton, was born and raised in nearby Mt. Angel. While his grandfather used horses for logging and commercial wood cutting, he now uses latest drone technology and GPS apps on his smartphone.

“I try and hit all the jobs at least once a week plus spend a little time in the office,” Schmitz said. “No matter where I am, I can communicate with all three of my crews and field important calls from my office and AOL. My GPS app lets me see where each piece of equipment is and where my crew members are working. Buying the drone has been a real time saver because we can string the lines we need to carry the logs down from steep mountainsides that we couldn’t if we didn’t have it. The steep terrain, poor roads and small landing areas on the job above Detroit Lake have been particularly challenging and I’ve had to spend a lot of time there. 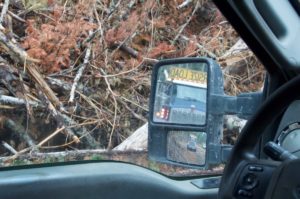 “Technology hasn’t solved all of the problems, however, like dealing with an aging workforce. One of my key people just retired after 43 years with us and it’s not easy to hire young people today that have the experience to do what you need them to do. We get kids who grew up on a farm, like to be outdoors or had a buddy who worked for us. As smart and eager as they are, you can’t take for granted that they know how to drive a stick shift so they can move a log truck. We’re having to change the way we train.”

Proud of his association with AOL, Schmitz would like to see them get more credit for the important role they pay in Oregon’s timber industry.

“I don’t think people realize the work AOL does behind the scenes,” Schmitz said.

“Oregon is one of the most progressive and effective timber management states in the world and AOL staff has worked tirelessly for 50 years to make sure it stays that way. We train, we legislate, and we educate to keep our 1000-plus AOL members compliant, profitable and safe.

“In addition to keeping on top of federal and state regulations, AOL produces a lot of safety, industry certification and sustainable forest practice training videos and have recently formed a committee to help address problems specific to log haulers.”

When asked what the favorite part of his job was, Schmitz quickly admitted it was the challenge of figuring out how to do the new job, how much it is going to cost to log it, negotiating with the timber owner and making sure to have the right equipment available at the right time.

“Logging is a high stakes game but it’s good to have loggers in the woods,” Schmitz said. “We didn’t have to fight any fires this year but in the last four years we were the first responders for six of them. Driving to work, see a fire, we get out and put it out. Having loggers out there is pretty important.

The Anatomy of a Timber Tree


How Old is This Tree?