How About a Sheep Dairy? 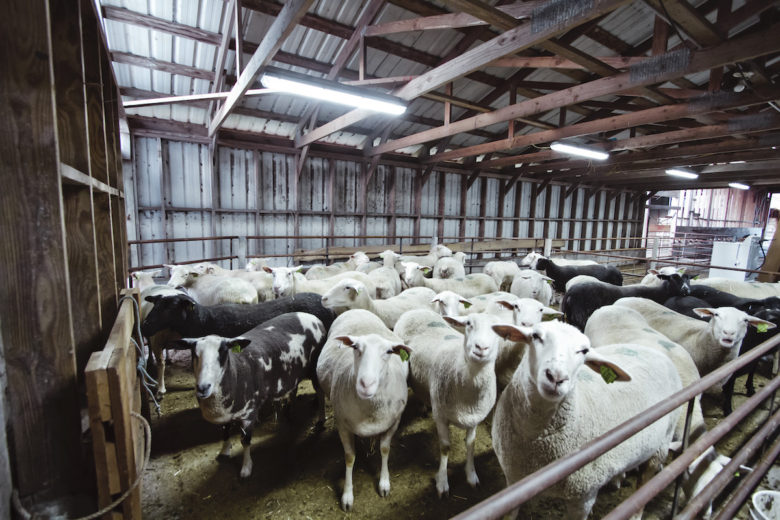 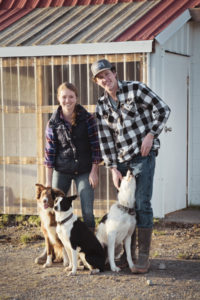 Everybody knows about milking cows – but milking sheep?

Armed with years of sheep raising experience, agriculture degrees from Oregon State University (OSU) and a lot of support from fellow sheep growers, young entrepreneurs Woody Babcock and Cora Wahl opened one in Langlois, Oregon. The couple launched Woodrow Farms, LLC in 2018 with 73 East Friesian ewes and started milking them in 2019. Hoping to increase their flock to 220 by next year, they are presently milking 100 ewes and selling all of the milk to Face Rock Creamery in Bandon.

Wood and Cora (with degrees in Ag Science and Ag Business), met as students at OSU. Woody, who was selected in 2014 as one of two young shepherds to represent the U.S. at the second World Ovinpiades challenge in the Auvergne Region of France, gained his experience from working and shearing for sheep growers. Cora, who was born and raised in Langlois, grew up working on her family’s sheep ranch.

“It’s been a chaotic year and if we both hadn’t known a lot about sheep, we wouldn’t have made it,” Woody said. “The first five months we milked twice a day. With three hours per milking (considering clean up and everything) and feeding and working with all of the bummer lambs, it added up to very long days. In addition, I sheared on the side to help make ends meet which at times, Cora was left to do it all by herself. We recently cut to milking once a day so at least until it’s time to start up again we can take time to go to dinner. Still, the whole project came together through a community effort and if it weren’t for the help of friends and family there wouldn’t be a dairy.”

Cora and Woody, who for the last four years were in charge of 1,000 bummer lambs (lambs that are bottle fed instead of being fed by their mother) on the Wahl family ranch, were unknowingly preparing themselves for the sheep dairy business.

specialist who developed an early weaning system that pulls the lambs off milk replacer in 21 days and puts them on grain. We keep replacement ewe lambs so we can get our numbers up and sell the rest. We definitely have had a leg up in the game by knowing how to raise bummer lambs at a profit.”

With advice from the USDA inspectors who contributed to the information on parlor construction and help from fellow sheep growers, the couple renovated an old dairy parlor and barn on property they rent from Brownsville friend and advisor Reed Anderson. They were able to buy the milking parlor equipment from Mac Stewart, of Salem.

Brad Sinko, co-owner and cheesemaker at Face Rock Creamery, is optimistic about Woody and Cora’s are doing.

“Sheep milk is more nutritious and also more expensive but that didn’t scare people off when during the years I was making cheese for Beecher’s Hand Made Cheese in Seattle,” Sinko said. “It’s pretty neat having a local source of sheep milk only 10-miles away. We are starting with a ½ and ½ cow and sheep block cheddar and a natural rinded cloth-bound wheel which will make a milder cheese. This new product should be on the shelf ready to buy in about six months.”

Now you know – cow dairies aren’t the only ones that produce milk.

The Spouting Horn is Back in Depoe Bay


Look for the Perching Trees