The Spouting Horn is Back in Depoe Bay 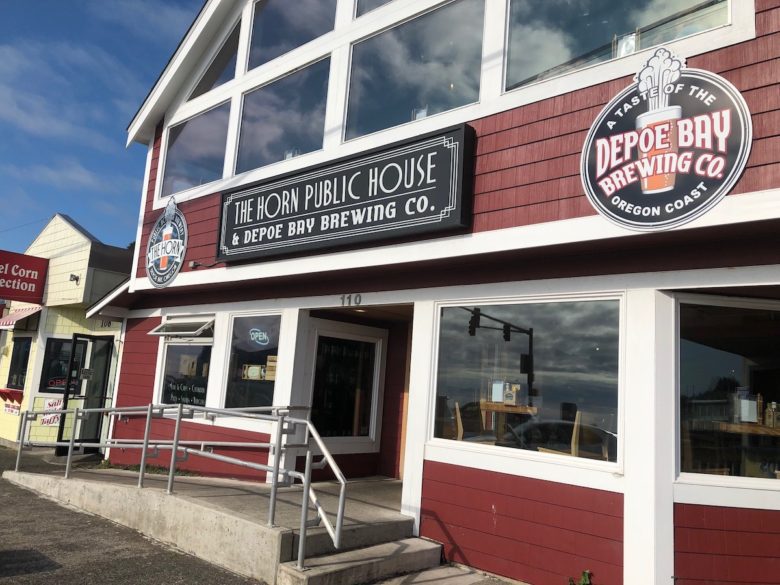 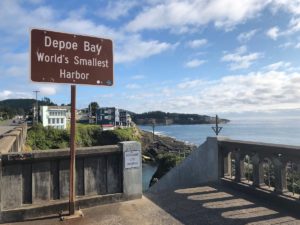 Not everyone is as behind the times as I am, so maybe you have already been enjoying the food and fun at The Horn and Depoe Bay Brewing Company. The Horn, moved into the historic Spouting Horn Restaurant (the building once served as a dormitory for the Coastguard during World War II) two years agi. I stumbled on it when I stopped at Gracie’s Sea Hag for dinner (great calamari by the way). 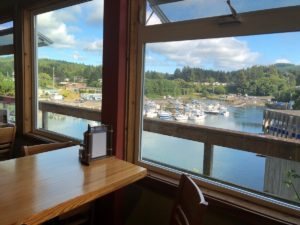 I hadn’t been to Depoe Bay for awhile was pleased to find out that you could once again sit and eat and look down into the bay and watch the fishing charters unload and clean the fish they caught that day. It is also where they filmed scenes in One Flew Over the Cuckoo’s Nest (remember the guy piloting the boat out into the ocean while singing “I’m Popeye the Sailor Man?”). 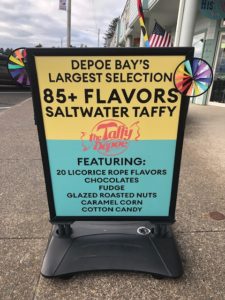 I brought motor coach tour groups to eat at the Spouting Horn in the 1960s, 70s, and 80s and there was always something there for everybody – including Betty Taunton’s homemade pies. Depoe Bay was and still is a popular place for tours because of its beauty and its tightly packed row of gift shops filled with caramel corn and saltwater taffy.

Depoe Bay is famous for its Fleet of Flowers Memorial Day Ceremony on the ocean (since 1945), the September Native American Style Salmon Bake (since 1956) and whale watching and fishing (as long as the red flag isn’t waving). Though the population has mushroomed since my group touring days (from 300-plus residents to about 1,500), it is still one of the sweetest little strips to visit on the north coast.

Oh, and when you go there, you won’t have trouble finding a great place to eat.

More about The Horn


How About a Sheep Dairy?