In the Woods with FNRL 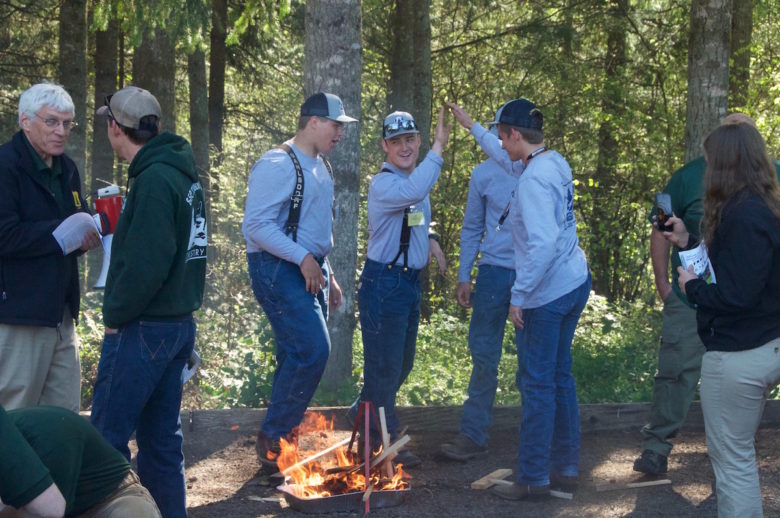 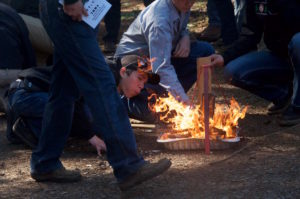 OREGON CITY, ORE. – Its one thing for high school kids to  spend two days in the woods (learning everything they can for possible careers in forestry, outdoor recreation, fish and wildlife, ecology, environmental science or other natural resources areas), but they at least can have some fun doing it. The kids, members of Future Natural Resource Leadership of Oregon (FNRL), started off their third annual statewide convention competing to see which school team would win the first ever FNRL Kettle Boil competition. 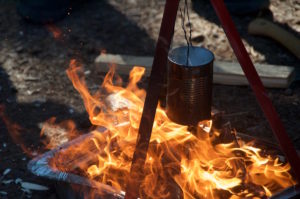 The kettle boil, fashioned after a well know timed logger event in Nova Scotia, was new at this year’s convention. Using only: an axe, a prescribed number of sticks of wood, one piece of newsprint and a book of matches, schools competed in teams to  build a fire under a can of detergent water and be the first team to get the soapy water to boil over the top of the can. Team La Pine High School placed first (4:57 minutes and one match), McMinnville placed second (6:21 minutes and one match), Philomath placed third (6:43 minutes and one match), and Clatskanie came in fourth (7:34 minutes and two matches).

Members from 12 FNRL chapters made up the 131 high school students who enrolled in the convention. Of those attending, 125 competed in technical and applied skill events and classroom instruction. Designed and sponsored by the Oregon Department of Education, FNRL also helps students meet Oregon’s diploma requirements. Chartered in 2016, FNRL membership and events are growing. The even was held on the grounds of the Hopkins Demonstration Forest outside of Oregon City. 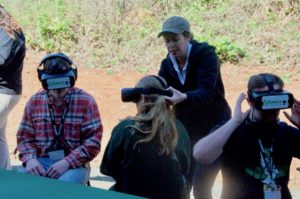 “Though convention attendance is up from last year, our main increase is coming from new chapters,” Kirk Hutchinson, FNRL Executive Director said. “Schools like Falls City, Kalama and Crook County High Schools, came as visitors last year and joined this year. Different schools will attend some events like Wildfire School, Leadership Camp, Envirothon held at the Oregon Gardens and the Oregon Logging Conference but not others. It’s one way I try to solve the riddle of FNRL growth and development. 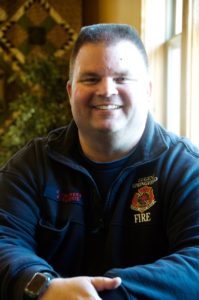 “On Friday, 19-year veteran with the Eugene Fire Department Forest Chambers told his story about how he started in the forestry department at Philomath High School, worked his way through summer firefighting jobs with the Oregon Department of Forestry, then going to EMT school and landing his first job.” Hutcheson said. “He gave them tips on what employers were and were not interested in and advised them that as new employees it was a good idea if they had big eyes, big ears and a small mouth. Chambers also taught the first aid workshop and served as the official timer for the first ever FNRL kettle boil. “

For more information on how FNRL can make a positive difference in the lives of its members, call Kirk Hutcheson at 503-550-0471 or email hutchfnrl@gmail.com


Morris and Arnie at the Gallon House Bridge . . .