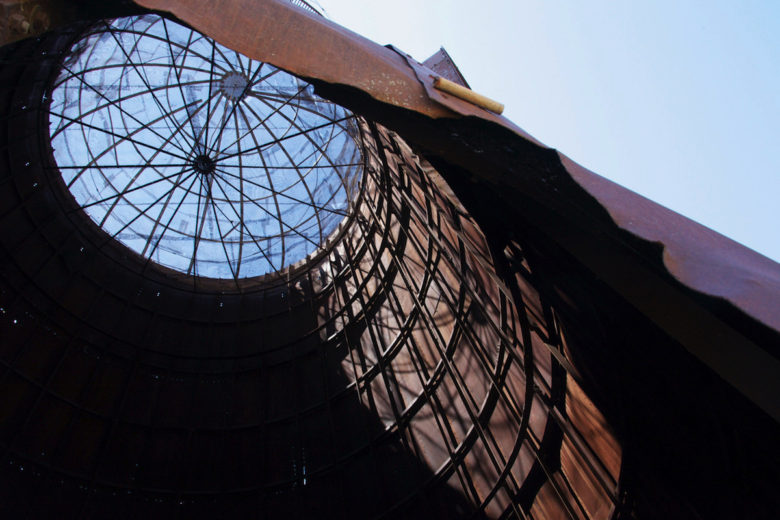 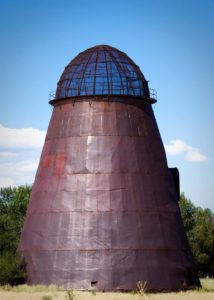 “Have you noticed that every section of the country finds something to brag about?” my alter ego Arnie asked. He was gesturing out the car window at the magnificent stand of pine trees as we scooted along Highway 86 toward Halfway, Oregon.

“Yeah, these forests are beautiful,” I said stating the obvious.

Arnie wasn’t going to let me get away with that understatement. “Magnificent is what they are . . . magnificent stands of evergreens . . . they are the soul of the Wallowa Mountains,” he said.

That’s good Arn. Communities bragging about the essence of their souls . . . that’s a great way to put it. You could sell that slogan to the ad people”

I set the cruise control and relaxed; Arnie went to sleep.  Fairly, soon we were rolling into Halfway where I’d been before.

I poked Arnie in the arm. “Coming into Halfway, Arn. Look alert . . . there’s something I want you to see.” I brought the car to a standstill near an open, grass-covered field. I didn’t have to point.

“Wow, look at that,” Arnie marveled. He got out of the car and walked toward the object in the distance. “What is it?” he asked. “Looks like a giant wigwam.” 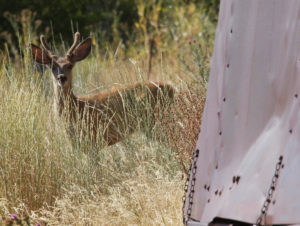 “It’s a relic of the past,” I said. “Used to be hundreds of sawmills sawing logs into lumber. They had to do something with all the leftover sawdust, bark and wood scraps or their operation  would have quickly buried itself.”

Arnie stopped abruptly and held up a hand to quiet me. Standing not far from one of the metal sides of the wigwam burner stood a deer. The deer didn’t wait for us to get closer. It sprang into the air, came down and sprinted into the nearby brush.

A few steps later we stood at a head-high opening in the side of the wigwam. Inside, three more deer rested on the dirt floor surrounding a pile of ashes left from the days when the wigwam did its work. They quickly bolted away through one of the openings in the wall.

I looked up at the network of steel trusses supporting iron sheets riveted together to form the walls of the burner. An Archimedes corkscrew conveyer system continually fed sawmill waste from the outside into the fire. At the top was a screened opening through which smoke exhaust from the burning waste rose into the open air. The double mesh served to prevent hot embers from setting nearby structures or trees on fire.  It was an ingenious piece of engineering.

Openings, like the one through which we were looking, fed the steady current of air needed to keep debris burning in the center of the cathedral-like structure. Like a blacksmith’s forge, the heat from that fire had to be intense. Some wigwams had kiln bricks next to the iron walls to protect them and the workers who might have to work outside close to it. 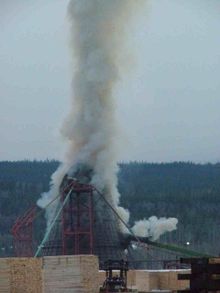 “Yes,” I said giving voice to my thoughts. “During the first half of the 1900s, wigwams put a disturbing amount of pollution into the atmosphere.  They started phasing these handsome relics out about 1975.”

“I would think so,” Arnie said. “But what did they do with the stuff they needed to burn?”

“They found other uses for it,” I said. “Don’t you remember when we toured the Seneca Sawmill Company in Eugene? They told us how their biomass processing plants replaced the old wigwams. Now, they sort everything out. The sawdust, bark and lumber go their separate ways and they burn what’s left to fuel steam generators. Without putting any pollution into the atmosphere, Seneca produces enough electricity to run the sawmill machinery and provides electricity to 13,000 nearby households. Farmers use the leftover ashes for fertilizer.”

“Wow,” Arnie marveled. “Guess the timber people are doing better than people give them credit for.”

“I’d say so,” I said, squeezing my way through an opening into the old cold furnace of yesteryear. 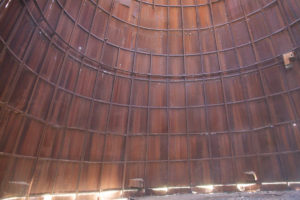 Arnie followed. We both marveled at the size if the wigwam, enjoying the cool cathedral-like atmosphere. The sun streaming through the opening at the top lit the rusty sides of the furnace giving a brownish red patina to the walls. I capture the scene with my trusty camera.

We exited the relic and headed back to our car.

Arnie hopped into the passenger seat . . . I slid back into the driver’s saddle. For a few minutes we sat looking at the wigwam.

“You are right…” Arnie said, “Despite the fact that the wigwam was a heavy polluter it calls out to remind us of a romantic era. I hope they never tear it down. I bet the deer would agree.”

“Me too,” I said. “Yes, it is romantic, and in some ways the soul of an era. The people of Halfway recognize that . . . they didn’t tear it down. They have bragging rights, don’t you think?”

Arnie makes me laugh. I lifted my glass too.

Inside Lewis and Clark’s Fort Clatsop


The Story Behind Multnomah Falls Lodge