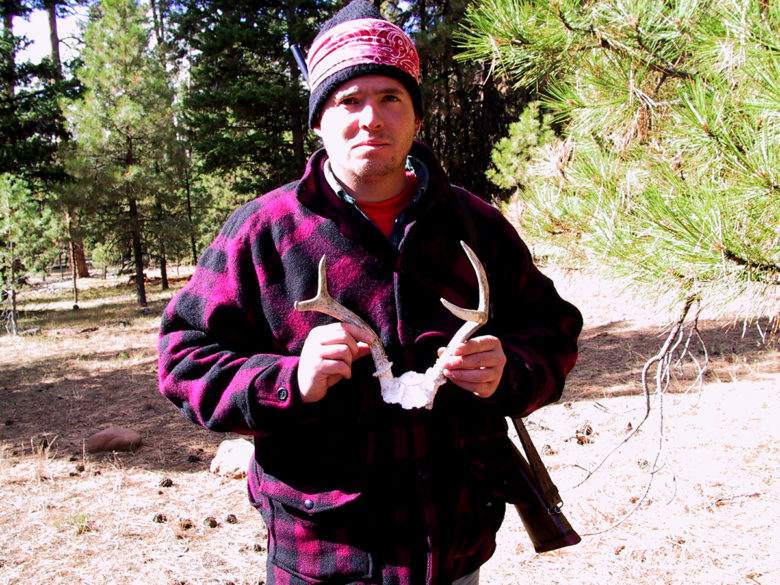 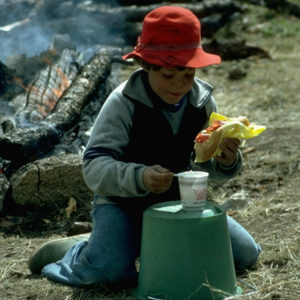 “When are you leaving for Swamp Creek?”

That’s what I heard every fall, as hunting season grew closer.

Eventually three generations of my family would hunt deer in Seneca though Swamp Creek was not a formal name. Located in the Blue Mountains of Eastern Oregon, it was just what we called the place a half-dozen springs supplied enough water to form ponds when the beavers dammed the ravine. Quaking Aspen flourished in the wet ground and the name “Swamp Creek” was born.

Uncle Ernie started it in 1933. Uncle Art joined him the next year . . . a year later he traveled in a Model T Ford and brought his wife. Dad joined the group the next year and when he married Mom, she joined the crowd. I quietly followed in their footsteps when I was seven. When my wife and two sons joined in it made us three generations.

During the first years we camped there, we brought bales of straw to put on the floor of a big army tent and the entire gang slept in it together.

We had a wood stove in the middle and anyone who got up during the night was expected to put a chunk of wood in it to keep the fire going and the coffee hot. In the morning we all got up at the same time . . . usually well before daylight. Air temperatures well below freezing . . . coyotes yipping . . . great adventure!

In the evening, we developed strategies, organized drives, assigned stands and told stories. It was here we learned that “The biggest buck I ever saw” was always the sad story about the one that got away; and buck fever was the excitement you experienced at seeing the biggest buck you ever saw that kept you from bagging it.

If you were new to the group, the old timers taught you about where to go.

Along the top of the main ridge running east/west behind the “V,” was a fence line that went for miles in both directions.

Hole in the Fence:

The Corner of the Fence:

If you followed the fence several miles toward the west, a spur fence branched off toward the south toward Camp Creek. That spot became known as “the corner of the fence.” There was a slight saddle in the ridge there . . . a good spot to sit and watch for deer.

The main ridge, formally called Rail Creek Butte, was a series of “bumps.” Our gang called the tallest one “The Big Peak.”  It was an annual challenge to climb to the top so when Uncle Lex clamed he was “pooked” from climbing it, our gang thereafter called it “The Big Pook

The gap between bumps in the main ridge formed a geological feature referred to as a “saddle.” The deepest saddle was just west of the “Big Pook.” It became known as “The Big Saddle”

Ranchers who used the area to graze their cattle scattered salt blocks in the Big Saddle, so the immediate area was referred to as the Big Salt Lick.

Between the Big Saddle and the Corner of the Fence stretched a forest of  nearly impenetrable mountain mahogany. Deer loved that stuff so we would send hunters through the patch of mahogany to drive deer toward hunters we placed at the Corner.  Usually someone always filled their quota.

At the upper end of Rail Creek Canyon, Uncle Art had a footrace with a bear cub.The cub escaped rather effortlessly, and fortunately for Art, mama bear didn’t make an appearance. We named the place Cub Canyon.

Rail Creek Canyon was edged with volcanic rim rocks . . . a good place to sit and watch the opposing hillsides for deer. After a very cold morning, the sun turned up the heat, one of the women decided her long johns were too warm. Thinking she was alone in the woods, she removed the itchy wool long johns. She was noticed and Striptease Rock entered the lexicon.

Uncle Ernie walked out to the edge of a rim rock carrying a lever action Winchester 30 -30 that required him to thumb-pull the hammer back to the cocked position to fire the weapon. It made a click. The biggest buck he ever saw heard the noise and jumped to its feet. Uncle Ernie aimed and pulled the trigger . . . another click . . . louder than the first. By then, the buck was long gone. In disgust, Ernie pulled the trigger again… this time the cartridge exploded, surprising him. Dud Rock lives on… so did the biggest buck he ever saw.

The spur ridge where Uncle Art killed the biggest buck of his hunting career juts out into the canyon just past Dud Rock. It was a seven-point monster . . . an imperial rack. The story told around the campfire was that he counted the points and exclaimed “Oh Boy!” Oh boy indeed.

A rocky point at the south end of Technacrat Ridge… Uncle Bob wondered why no one hunted that point so one day he gave it a try. He ran several bucks off the hill without firing a shot. According to rumor, the biggest bucks he ever saw was among them.

A spur ridge ran south from the main ridge . . . pushed Swamp Creek south to Camp Creek. Technacrat is not an official word so much as it is three words put together. I’ll leave the meaning to your imagination. What? You need another clue? It’s what a bear does in the woods.

The same woman who created Striptease Rock was seen removing her long johnsagain, giving name to Long John Flats. The place was on top of the north end of Technacrat Ridge where the ground was relatively level.

Lightning struck a tree and burnt a spot on the hillside. My dad liked to sit out there and watch for deer . . . not far from Long John Flats . . . out there by that burnt spot.

Then the pickup camper broke up the army tent crowd . . . communications broke down . . . the group became disorganized.

Then the game commission delivered the coup de grace when they divided the state into regions and tags were confined to regions. The excuse was to spread the hunters and reduce hunting pressure on any one region. Then tags were issued on a lottery system. Since hunters don’t know if they will get a tag, it became more difficult to plan a trip.

After that, the family reunion held at hunting camp fell apart. 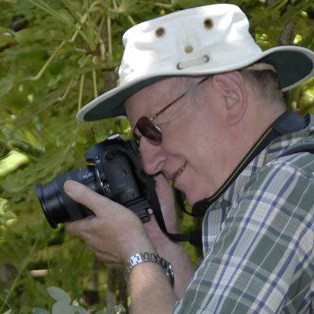 The Story Behind the Jennifer L. Sears Glass Art Studio


Inside Lewis and Clark’s Fort Clatsop