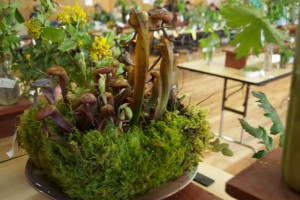 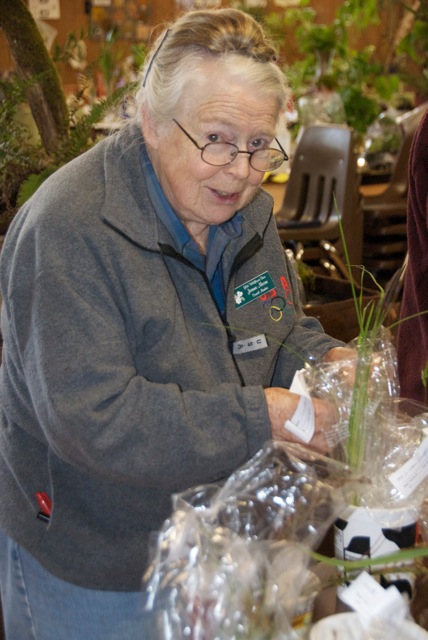 GLIDE, Ore. – Though the Glide Wildflower Show is turning 55 during April 25 – 26, 2020 (save the dates), the volunteers who run it today are as hot for botany as the ones who started it. The event that began in 1965 with a one-woman collection, continues today with a veritable army of volunteers who collect, identify, label, arrange and interpret the public display. Because the weather and seasons are never the same, the 600 plus species on display each year are different too. Open to school groups and photographers, the show attracts wildflower enthusiasts from all over the world.

Jeannie Moore, a native Oregonian who moved to Douglas County following World War II, is one of the original people still volunteering for the show. Just days before the annual event, she and dozens of others like her, travel the southwestern part of Oregon in search of specimens. Once gathered, they then spend long hours preparing them for public display. In between directing the activities involved with identifying and displaying the plants, Moore talked about the show’s origins.

“We owned the Steamboat Inn fishing lodge, and when I could get out of the kitchen and walk in the woods along the North Umpqua River, I did it,” Moore said of her beginning interest in wildflowers. “A friend joined me one day and as we walked, she calmly identified five different kinds of violets. Right then and there, I realized there were things along those trails that I was not seeing and I began to look closer. One thing led to another and nearly 50 years later, I’m still here working with them.”

By Moore’s account, the show started in 1965 as a fund-raising effort for the Glide 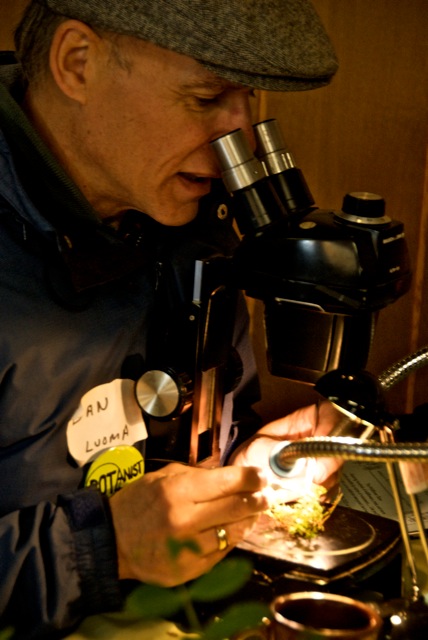 Dan Luoma further identifies a moss in preparation for opening day of the Glide Wildflower Show; photo by Jan Jackson

Community Club, when Reggie Miller (North Umpqua Garden Club member), collected 71 specimens around her home on Buckhorn Road, arranged them in vases and labeled them with botanical and common names. The benefit was held in the newly opened Idleyld Lodge, and 35 people came. The next year it was held in here in the Glide Community Hall with 91 specimens. By the third year, volunteers helped gather and feature 191 varieties and the guest list zoomed to 400 people. In 2018 the species numbered 622 and visitor count hit 1,146. Proceeds from the event cover show expenses, while profits from the food concession fund scholarships for local Glide High School students. The show continues to thrill newcomers and returning visitors alike.

And as a reminder from the late Reggie Miller, “Wildflowers are often abundant, but they are not indestructible; many of our loveliest ones are in danger of extinction by our carelessness. By knowing our wildflowers, we can better preserve them for ourselves and for the future.”
For more information, visit www.glidewildflowershow.org.