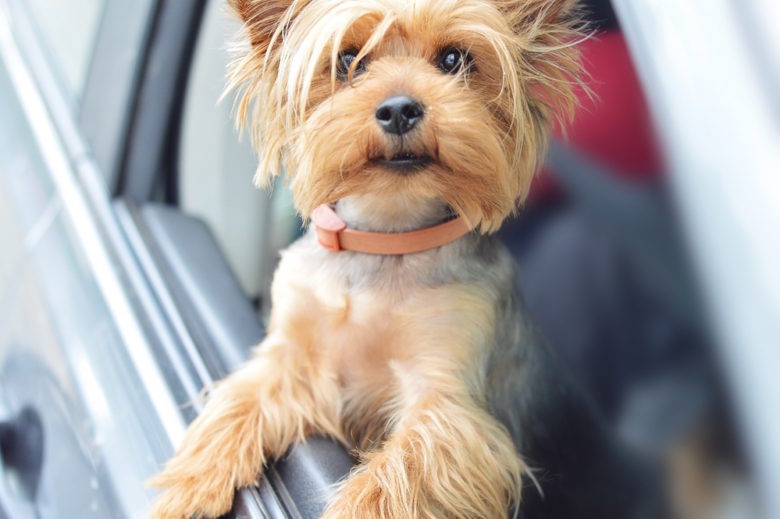 “I hear a yappy dog barking.”

My son and I were deer hunting in a remote part of Eastern Oregon. We were returning to our campsite after a morning hunt intending to have lunch and relax before going out again in the afternoon. We did not expect to hear a yappy dog in our hunting territory.

“There it is again . . . let’s head that direction . . . maybe we can find that dog before a hungry coyote or cougar does.”

The forest around us was logged back in 1936 and had recovered to a majority of Ponderosa pine with quaking aspen around springs and creek beds. Patches of mountain mahogany grew on the rocky outcrops, while north-facing slopes produced a mix of Douglas fir, white fir, and an occasional western larch. The old skid roads made from logs, were still visible though now used by hunters as hiking and jeep trails.

We were hunting on national forestland, which is leased to ranchers for use as grazing as well as open for public recreational use. Ranchers in the area we were in move their livestock to warmer winter ranges before the hunting seasons begin in the fall . . . which also reduces the temptation for hunters to bag a beef cow.

We were at about 6,000 feet elevation . . . snow is not unusual in October. Temperatures were dropping well below freezing at night and depending on cloud cover would warm into the 50s during the day. It was perfect hunting weather.

We were several miles off road . . . not a place to expect a yappy dog.

When we spotted the car, we found the yappy dog. We also found the middle-aged couple who had brought along Grandma and her yappy dog deer hunting. It was a joy ride for Grandma and yappy dog and they could use their car for a blind.

The driver, let’s call him Bob, tried navigating a skid road that was more suitable for a 4-wheel drive jeep. They ended up with a flat tire.

Bob couldn’t remove the wheel using the puny lug wrench he found in the car manufacturer’s wheel removal tool kit. He had rounded the wheel lug nuts to the point the lug wrench couldn’t grab the corners to loosen them.

“How far can you throw this lug wrench?” I asked. “You need a bigger one . . . maybe a cordless impact wrench.”

In Bob’s defense, wheels are installed at service centers using impact wrenches and torque wrenches making them way too tight for a flimsy lug wrench to break loose. I’ve been there and tried that. Depending on the car and the metal (aluminum or steel) torque specifications generally vary between 80 and 120 pounds. Now my tool kit contains a beefy lug wrench and a short length of pipe (to use as a persuader in case I need more force to break the torque setting).

Bob tried to call for help and lamented, “My cell phone doesn’t reach out.”

I explained that regardless of Verizon’s claims, Oregon is rated at 33 percent coverage. Cell phone service is primarily for use in urban areas.  Also unreliable are CB radio and ham radios . . . hill topping or line of sight.  I carry a satellite phone. Still unreliable in dark canyons and forested areas where a clear view of the sky is limited . . . but I think of it as an insurance policy.

Bob told me he had hiked to the forest service road and stopped a passing vehicle. The driver was headed for Burns and said he would notify the Les Schwab Tire Center . . . they would send out a roadside assistance/rescue vehicle.

Bob’s crowd settled down to wait. They had a picnic lunch and liquids to drink . . . enough for a day trip. But they weren’t prepared to spend the night when temperatures would drop into the single digits.

That’s when my son and I appeared.

We were prepared to be amazed. Burns was 40 miles away as the crow flies . . . maybe more than 50 miles by road. The car was about four miles off pavement on an unmarked dirt trail at least a mile from a gravel forest service road. It would be a minor miracle if the rescue driver could even find the car.

I told Bob we were planning on lunch and then we would return with tools that might work. If Les Schwab showed up, I asked him to come by our camp and let us know they were back on the road.

Les Schwab came to the rescue.

US Forest tips for driving in the forest

More from Larry at Taxaflora.com