Dragon Boats on the Willamette River 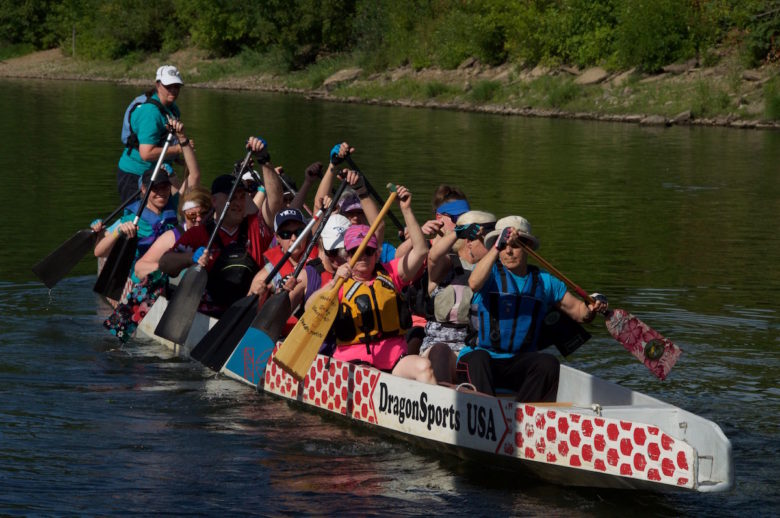 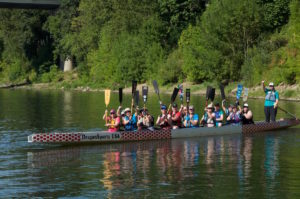 Its dragon boat season on the Willamette River in Salem Oregon and between now through October, you should look for them along the  waterfront. A dedicated 20-member crew, called the Unsinkable Survivors, practices in the river three times a week from as early as March through as long as river levels stay safe. They race competitively four or five times a year.

Hooked the first time she tried it, Julie Bryant paddled for several teams before she decided to start her own. Salem didn’t have a dragon boat team for cancer survivors and support persons, so she and her friend and co-founder Patty Sherman created one.

“I was on the rowing crew at college but rowing and paddling aren’t the same,” Julie said. “Paddlers face the way the boat is going and paddle the boat straight with just one blade. Rowers face their coxswain (steersman) but move the boat backwards with one oar. Both sports utilize the arms, legs, and the core muscles and are excellent for strength training and cardiovascular conditioning.”

“Each paddler in the boat has a role, from bench mates (affectionately called benchies) to the leaders who set the pace, the tiller who guides the boat and the caller who motivates the team to succeed, she explained.

“As a caller, besides motivating the team, I drum the cadence set by the lead paddlers thus communicating it to the whole team. I also give other calls and actions for racing strategy, such as, ‘Power 10 Now!’ (give it all you’ve got). Maggie Crawford, our tiller/steersman/supporter, knows the conditions of the water and knows exactly what to do. We are dedicated to the sport and support each other.  All in all, we work as one.” 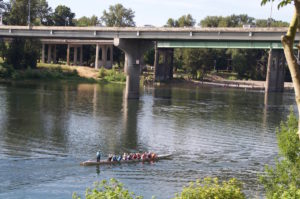 Dragon boating originated in China where the Dragon is a symbol of strength and luck. It is very popular in Canada, the United States, Europe and/or any place that has rivers, lakes or oceans where you can paddle the boats. The Unsinkable Survivors team has raced in Portland, at the World Beat Festival in Salem, the International Races in Nanaimo, B.C. and will compete in the 7 Wonders Dragon Boat Cup on Wallowa Lake this August.

“Anyone can paddle as long as they can get in and out of the boat,” Julie said. “We teach each paddler how to pull their own weight. We are first and foremost a community team for any survivor or support person but we are also very competitive. If paddlers rather not race, they are still welcome. 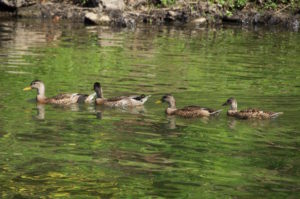 The Unsinkable Survivors comprises people from 35 to 74 years of age with differing levels of fitness and skill impact from cancer treatment. “We enjoy being on the water and especially love the ducks, osprey, eagles and herons. As stewards of the river, we pick up and carry out any trash we find in the water which usually always contains what we have fun calling ‘the shoe of the day’,” she said.

Unsinkable Survivors, who come from Salem, Stayton, Aumsville, Silverton and as far away as Eugene, pay a modest membership fees. Both membership fees and sponsorships help cover racing fees and boat upkeep fund the club. 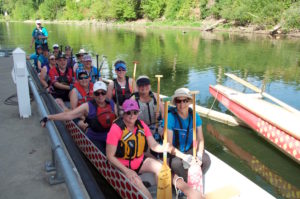 “We are a ‘no drama’ group open to all levels of fitness,” Julie said. “We are always taking on new paddlers, survivors or not and are building another team to include men. To us life is first and paddling is second. We stay in touch all year and eagerly wait for spring when we can get on the river again. Dragon boating gives us health, healing and hope, but it also feeds our competitive spirit.”