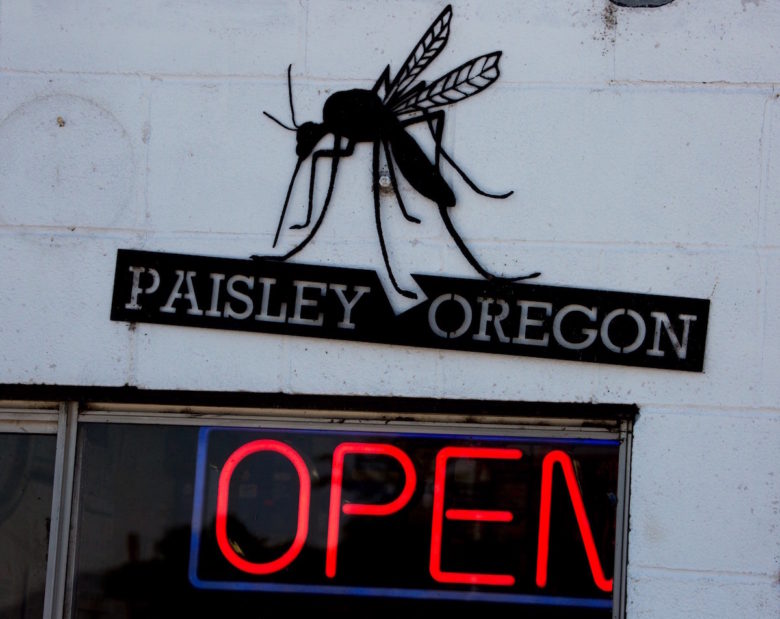 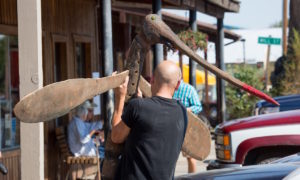 It seems ironic that Paisley, Oregon  holds a Mosquito Festival (and has since 1984), to raise money for mosquito control.

“The barbeque, the fun runs, the Ranch Rodeo and the Saturday night live music in front of the local saloon are the most popular events,” Festival Chairman Patty Westgate said. “A highlight every year is when the Swat Team comes back to town to march in the parade. Though the Swat Team is made up of members from the John Gaylord family (none of whom still live in Paisley), they always make it back for the festival.”

Paisley, a small Central Oregon ranching town situated 130 miles south of Bend, 140 miles north of Klamath Falls and 45 miles west of Lakeview, has a population of fewer than 300 people.

One of its claims to fame and the focal point of the community (besides the Mosquito Festival), is The Paisley Charter School that boasts dormitory student enrollments from Czech Republic, Tajikistan, South Korea, Vietnam, Mexico, Germany, Thailand, China and Turkey. According to Patty, it was the K-12 grade students’ enthusiastic plans to celebrate their school’s 100th-year that contributed to this year’s Mosquito Festival success.

Patty said the community was thinking of taking a year off to rest up but decided to hold the festival anyway when they realized high school juniors Ashley O’Leary and Kaylin Arrington had already started planning a School Centennial Celebration to be held in conjunction with Mosquito Festival Weekend 2017. “The 800 to 900 visitors that came this year for the school’s centennial was a major contribution to this year’s festival success,” she said.

The jury is still out on whether the Paisley Mosquito Festival will happen or not next year. In the meantime, it has provided 33 years of great fun for thousands of people; the mosquitos, not so much.

For more information about the Mosquito Festival in Paisley Oregon, visit http://www.cityofpaisley.net/1852/index.html