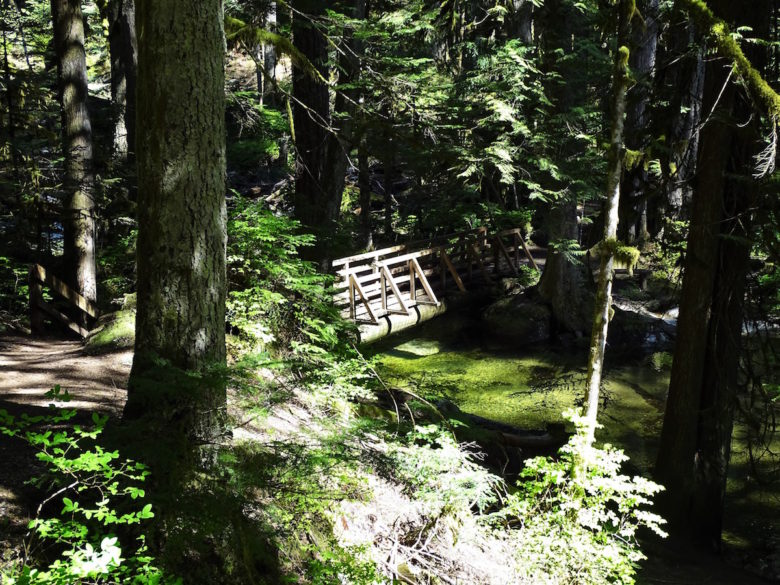 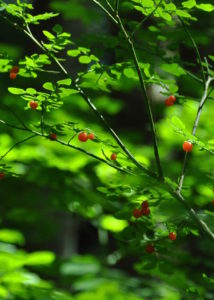 Apiary Fir was born a long time ago on the north bank of the Clatskanie River. On his way to becoming the tallest fir tree for 50 miles in all directions, Apiary had weathered many adverse challenges that threatened his life.

Once, when he was just a sapling, the river overflowed her banks. The strong current nearly uprooted Apiary intending to gush him down river into the Columbia, and out to sea . . . but his branches were entangled with a stubborn huckleberry bush. The two, hanging on together, managed to save each other’s lives.

Though Apiary soon outgrew his huckleberry friend he never forgot her and somehow managed to see to it that Huckie had sufficient sunlight to keep her healthy and bearing fruit.

Another time a forest fire raged not more than a half-mile away. A large swath of trees west of Apiary’s grove caught fire. The torrid flames charred the trees into charcoal spindles. The fire appeared to be headed for Apiary, but suddenly the wind changed from a flamethrower into a damp blanket that calmed and arrested the advancing blaze. Apiary and his friends were spared.

Over the years Apiary added ring after ring to his girth. His trunk broadened and grew stronger. He grew taller and taller. He could see in all directions. He liked being king of the river… at least this part of the river.

Meanwhile, things around him began to change. Humans came into the woods with powerful machines. Not a tree length from Apiary and cross the river they scooped out a trail. Apiary watched empty log haulers move up the road out of sight and then watched them return down the road carrying logs.

Before long the humans covered the road with tiny rocks, then with black stuff. The solid material made the truck’s large tires sing as they traveled along the ribbon of road.

It was an important day in Apiary’s life when the humans built a wooden foot-bridge across the river. He was proud the bridge was made of strong wood. He named it, Little Wood.

The trees talked about it. They knew what the humans did with the logs. Yes, they’d made the bridge of wood . . . but that was not all. Word had gotten around that they were also cutting the enormous fellows into lumber and making lots of things with it.

John Oak bragged, “They make furniture out of oak.”

“Houses!” Phenius Fir countered, “They make houses and other buildings out of fir.”

Years passed. The cycle of tree harvest continued opening up large swaths of bare spaces here and there . . . Over time the cleared spaces would refill with trees and the routine would start all over again. Apiary wondered if humans would one day take him. He grew taller and taller and, of course, he grew older and older. By now he was nearly 300 feet tall and his girth was something to brag about.

It is also true that the Clatskanie River continued to etch away its banks, until one day, it had so undermined Apiary’s root system that the old fellow fell, crashing down across the old wooden bridge sending its slivered remains into the rushing river below and away.

In ancient times Apiary would have lain in and across the riverbed until, ages from now, he would have rotted and fallen into the river.

But, not so with Apiary. Humans came with their powerful cutters and sectioned him into measured lengths. They removed the remnants of the Little Wood, replaced the foundation and, where the faithful bridge once crossed Clatskanie River, now stood a beautiful, new bridge.

Of course, Apiary Fir is still a legend along the Clatskanie River. The trees talk fondly of how the magnificent tree, ironically, had smashed Little Wood, but had, also ironically, become the substance out of which a new, strong, wooden bridge was fashioned.

While humans planted a host of fir saplings were Apiary once stood, never will there be . . . even in centuries to come, another to match Apiary Fir or his fame.

Huckie Huckleberry’s offspring often opine that humans ought to place a sign near the bridge that reads, ‘Apiary’s Gift.’

“And,” said Willowy Huckeberry. “It ought to say, Apiary’s gift made a difference.”

Bridge in the Woods photo by Shutterstock

Traveling to Waiilatpu with Marvin . . .