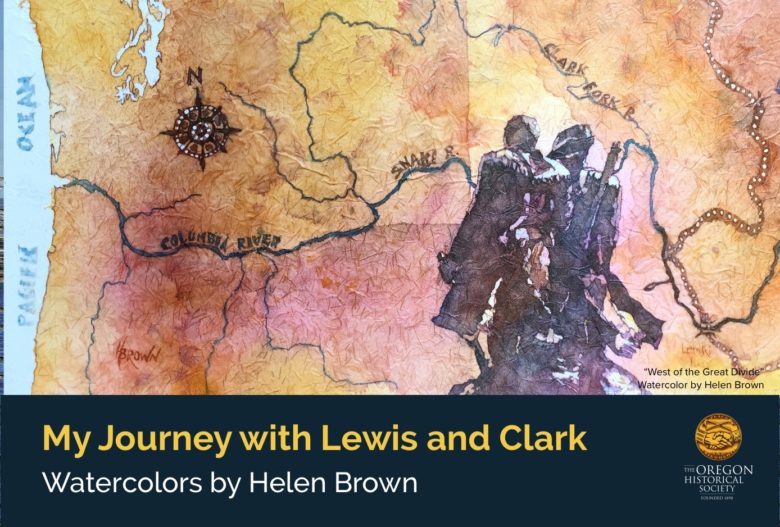 You can’t live in Oregon without being in love with Lewis and Clark – I for one won’t miss seeing this exhibit. You shouldn’t miss it either – smile./jj

My Journey with Lewis and Clark

Inspired by the discoveries Meriwether Lewis and William Clark made during their travels, Helen Brown, a watercolor artist from Sunriver, Oregon, began working on a series of paintings depicting the iconic Expedition. This exhibit features a series of watercolor works that include scenes that the Corps of Discovery may have seen along the way, botanicals that they first reported for science, and animals that had yet to be documented. Helen Brown paints on rice paper with a technique similar to batik. She is a member of the Tumalo Art Company and the Watercolor Society of Oregon.