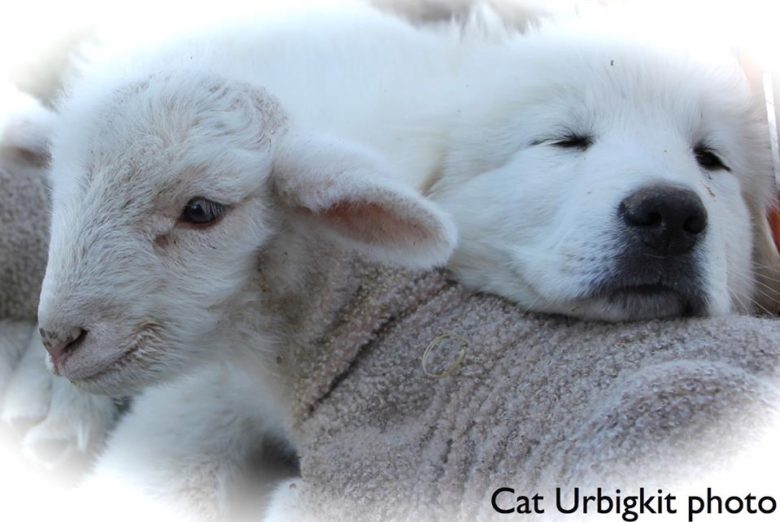 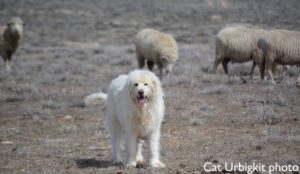 I fell in love with livestock guardian dogs in 1993. It was my first assignment for the Capital Press, a multi western states agriculture weekly for which I still write. The first thing I learned, was that these “oh so beautiful” dogs are working dogs and not pets.

If you don’t understand that, read the following message Cat Urbigkit (author/photographer/rancher from Pinedale, Wyoming) posted on Facebook.

I may get slammed for this, but I feel it’s time I speak up since it’s taking up too much of my time these days. This week I’ve been swamped with messages to adopt, foster, or take on big white dogs that are located in rescues – some in Wyoming and some far, far away. These messages are often from good-hearted friends, but others are from strangers. My answer is always no. Here’s why:

• It’s rare that these dogs are working guardians – most have been bred and raised as companion animals. To expect them to perform as working guardians is to set them up for failure, and endangers our livestock and working dogs in the process.

• We are not qualified under most “adoption” rules set out by shelters. Why? Because we have sexually intact dogs (which is not allowed) and the dogs would not be kept within a confined space (like a fenced yard where the dogs could not escape). We don’t raise large companion dogs – we raise working livestock guardians, and there is a big difference.

I do work with veterinarians, animal control, and a few rescue groups in placing working guardian dogs picked up in western Wyoming. Most of the time, it’s obvious that these are range dogs that are lost from their flocks. Sometimes I can figure out who owns the dog, or find another producer who can get the dog back out with sheep. But honestly, my hours for these efforts are very limited.

The expectations of the animal-advocate calls we receive are often unrealistic. I get phone calls and messages telling me that a guardian dog has been seen walking outside a fence line from a flock located several hundred miles away. I can’t imagine what someone thinks I can/should do in that situation, but the answer is I can/will do nothing.
Hell, we’ve even had our working dogs “rescued” while out on the range doing their jobs. The people picking up our dogs called it rescue, but we call it theft.

When our dogs produce pups, most are used as replacement dogs in our own flocks. When we sell pups, we only sell to other livestock producers, and with the guarantee that we will take the dogs back if they don’t work out. Why? Because we don’t want our dogs to end up in rescue.

And for the record, we’ve tried a few rescue dogs of unknown origin, only to learn the hard way that it’s a bad idea for us. In one case, I stood with someone else’s dog while it was put down by a vet. I will not set myself up to do that again.

This post is not to slam rescues or companion dogs – not at all. But we are sheep producers who live with working livestock guardian dogs, which we greatly value and treasure. We are not a dog rescue.