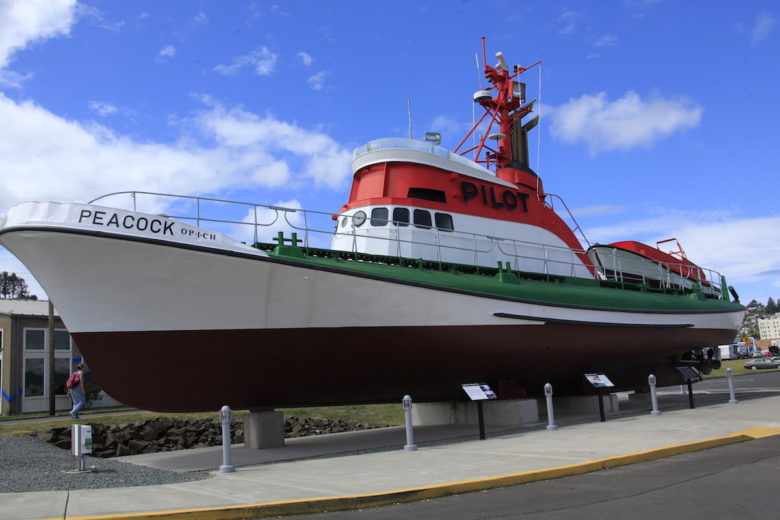 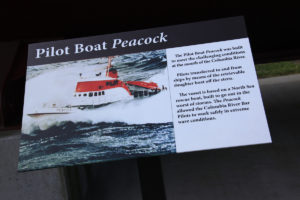 Arnie, my alter ego, and I were near the Columbia River Maritime Museum in Astoria when we came across the Peacock . . . probably the most famous bar pilot boat of all times. Launching in 1967 and retiring in 1999, she spent 30 years (35,000 crossings), riding herd on hundreds of stubborn ships.

“Look at her,” Arnie said pointing at the impressive display. “She’s gotta be something special to be featured in-your-face like this.”

“I’d say she is . . . she’s given her life to this river. You know, those gigantic ships you see moving smoothly up and down the river don’t just wander on their own through those dangerous waterways. Like out-of-control head-strong cattle, they require serious herding. And, get this; the wranglers who are keeping them from harm and moving them on to pay dirt are gunslinging bar and riverboat pilots . . . like cowboys of the old West.” I chuckled at my clever use of words. 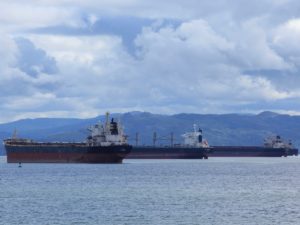 “Rather than being good with six-shooters, these fast-on-the-draw pilots are good at spotting the nasty moods of the river currents and sand bars.

“But as important as mastering their riding skills, these elite hombres depend heavily on their trusty steeds to help them corral the big ships. They spend years getting licensed.”

“Ah, come on . . . drop the metaphors,” Arnie complained. “I get it that these pilots are fearless gunfighters riding crazy bucking broncos . . . but, enough is enough.”

“Okay, okay, but bar pilots and river pilots also depend on help to get them safely on and off the gigantic ships.”

“Good question . . . lucky one of my buddies is a river pilot so I know the answer. Bar pilots board the big ships 10 to 15 miles out to sea and guide them across the dangerous bar and into the mouth of the river. Gotta tell you, when surging waters of that mighty Columbia meet high tides in severe storms, it’s something to behold. During those times crossing that bar is probably the most treacherous on the planet and without the expertise of bar pilots it could be certain death of the big ships.”

“I’m curious . . . in the middle of a storm, how the pilot get off his smaller boat onto the bigger ship?” Arnie asked.

“Sometimes they use a helicopter, but most of the time, the pilot boat pulls alongside the ship . . . both of them are traveling about 12 knots an hour . . . the crew drops a flexible pilot ladder (like a Jacob’s ladder) over the side of the big ship . . . the bar pilot carefully climbs the ladder and, voila, he’s aboard to do his work.” 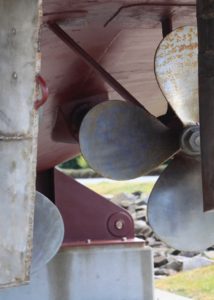 “That’s it Arnie! And they do the reverse to come back downstream. The Peacock’s replacements are fancy upgrades . . . you know . . . 21st Century amenities like more powerful engines, twin-screw power train, almost 360 visibility and other safety features.”

“Well, I’m impressed,” Arnie said moving in for a closer look at one of her propellers.

Nearby, a man was taking a picture of his son against the side of the Peacock . . . no doubt teaching the lad about focus, perseverance and mastering

Morris Pike’s stories for Children on Up may be purchased on Amazon.com

Movies Made in Astoria (and Oregon)