Together in the Cemetery 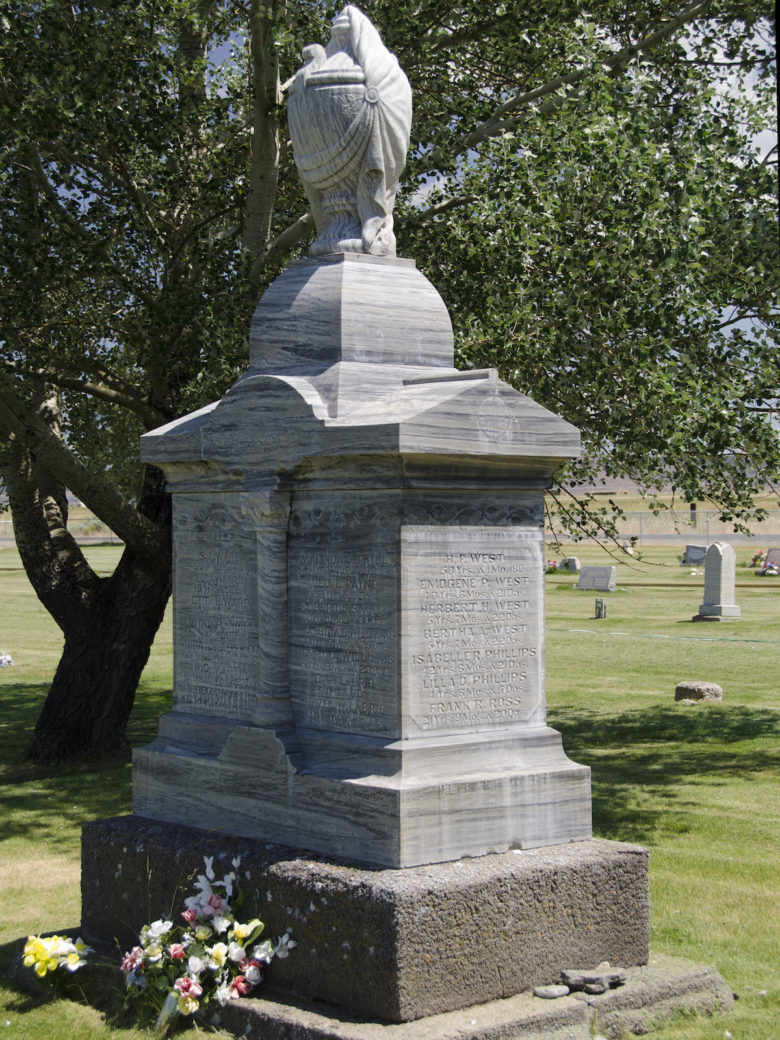 While on a field trip photographing the wilds of Eastern Oregon, I stopped to stretch my legs in a well-kept cemetery at the edge of the small town of Silver Lake, Oregon. Caretakers were busy mowing grass . . . manicuring hallowed ground. Whirling sprinklers added much needed water to the sun parched sandy soil, nurturing the grass and the few shade trees planted in the cemetery. The surrounding land is nearly devoid of trees; for the most part only sagebrush slows the wind. Only a few hardy juniper trees provide breaks in the distant horizon.

Often the history of a community is recorded on the tombstones in the cemetery. I took some time to read a few of them. A 10-foot tall memorial stone near the center of the cemetery caught my eye. It marked a mass grave commemorating 43 townsfolk, who died on Christmas Eve 1894.

With Christmas snow some four feet on the ground outside and the temperature 20-below zero, children and adults gathered in a room on the second floor of a wood-framed building to ring in the holiday with songs and skits. But the celebration turned to chaos and panic when someone tipped over a kerosene lamp in the tinder-dry room.

The press of bodies quickly blocked exits as the townsfolk tried to escape the searing hot fire, pushing against doors that opened in. The raging fire quickly did its deadly work and the burning building collapsed. Some of those who escaped the fire needed a doctor’s attention. All still inside the building were lost.

It is said that every family in town lost someone in that fire. It is said that the town did not gather together to celebrate Christmas Eve for at least 10 years after the disastrous fire.

Elsewhere, history recounts that the doctor who traveled nearly 100 miles from Lakeview to tend to the injured, arrived on December 26th. He was so moved by the loss of life that when he later was elected to the State Legislature, he authored a bill that became law, requiring that doors of public buildings must open outward.

Now you know the rest of the story.

Photo by Larry Rea; more about Larry at Taxaflora.com