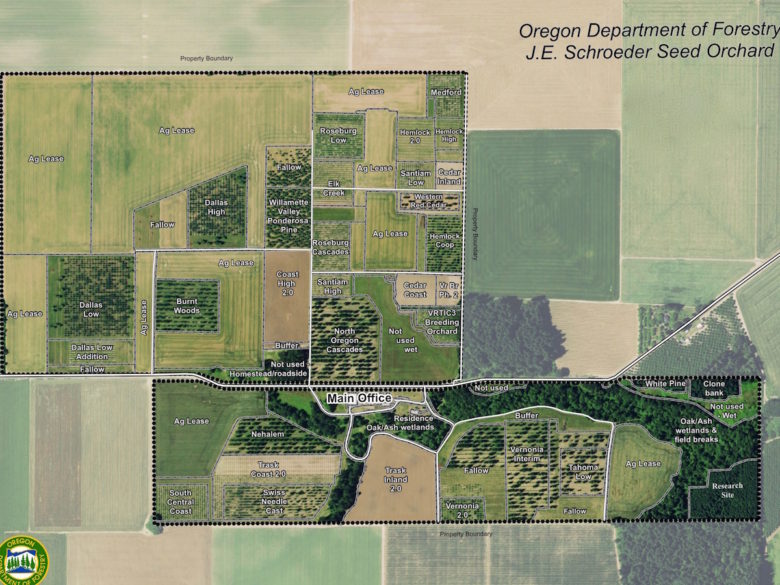 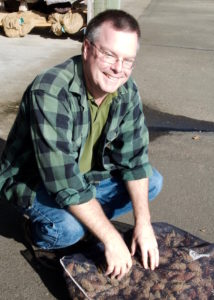 If Oregon plants 40 million tree seedlings a year (and yes, they do) where do they get them? Read on. It is a complicated story but a good one.

It all started about 60 years ago when the State of Oregon along with a few private industrial landowners decided to see what happens when you take seeds from one climate zone and plant them in another. What they discovered was, it isn’t a good idea. So, in 1974, the privately funded/state operated J.E. Schroeder Seed Orchard (Schroeder) began to grow seed in managed orchards (much like orchards of apple and oranges) except that by specializing in growing and harvesting tree seed for Oregon’s timber industry, they produce and harvest seeds within specific seed zones across Oregon. In doing so, they play a major role in keeping Oregon’s renewable forestland the best in the world. 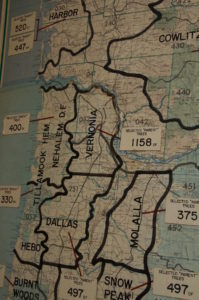 Schroeder, located in the Willamette Valley, is made up of cooperator members (which includes the State of Oregon) whose forestlands measure 5,000 acres or more. These members absorb the entire cost of managing the orchards and facilities.  The 400-acre site has excellent terrain, soil and climate for the Douglas fir, western hemlock, western red cedar and ponderosa pine currently grown there. Schroeder manages 24 separate seed orchards and provides seed for more than 20 cooperators with Oregon Department of Forestry, state forests representing a major portion of the orchard complex.

“We are able to breed for many genetic traits such as faster and taller growth and animal or disease resistance,” said Mike Kroon, Schroeder Seed Orchard manager. “We have developed a western red cedar orchard with higher terpene levels that will hopefully lessen deer browse after planting.”

In the fall, a contractor is hired to bring in lift equipment and a crew of men to hand pick the cones. Once picked, they are bagged and stored in the cone shed for a few months before they are sent to a processor. Once the seed is cleaned and dried, it is shipped back to Schroeder and stored in the freezer ready for cooperators. Six percent of the crop is available for purchase by family forest landowners. 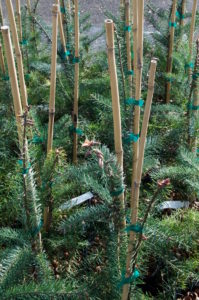 To keep up with replanting burned forest areas, the demands of new construction and meeting requirements of the Oregon Forest Practices Act of 1972 (which dictates that trees must be replanted within two years after harvest), it is critical that Oregon’s timber industry remain robust.

“We harvested 6,400 bushels (about 2,200 pounds) of seed this year and when you figure 40,000 Douglas fir seeds and 240,000 western red cedar seeds a pound, that represents a lot of trees,” Kroon said. “Cone pickers used to gather and sell woods-run cones and though some still do that, we find our orchards are able to produce consistence cone/seed crops under safer harvesting conditions. Industrial landowners see the benefits of the seed orchard through the cooperative efforts at the seed orchard.”

In Memory of the Wild Gourmet


Oregon Is Not Just a Leafy Place to Hike in the Woods . . .