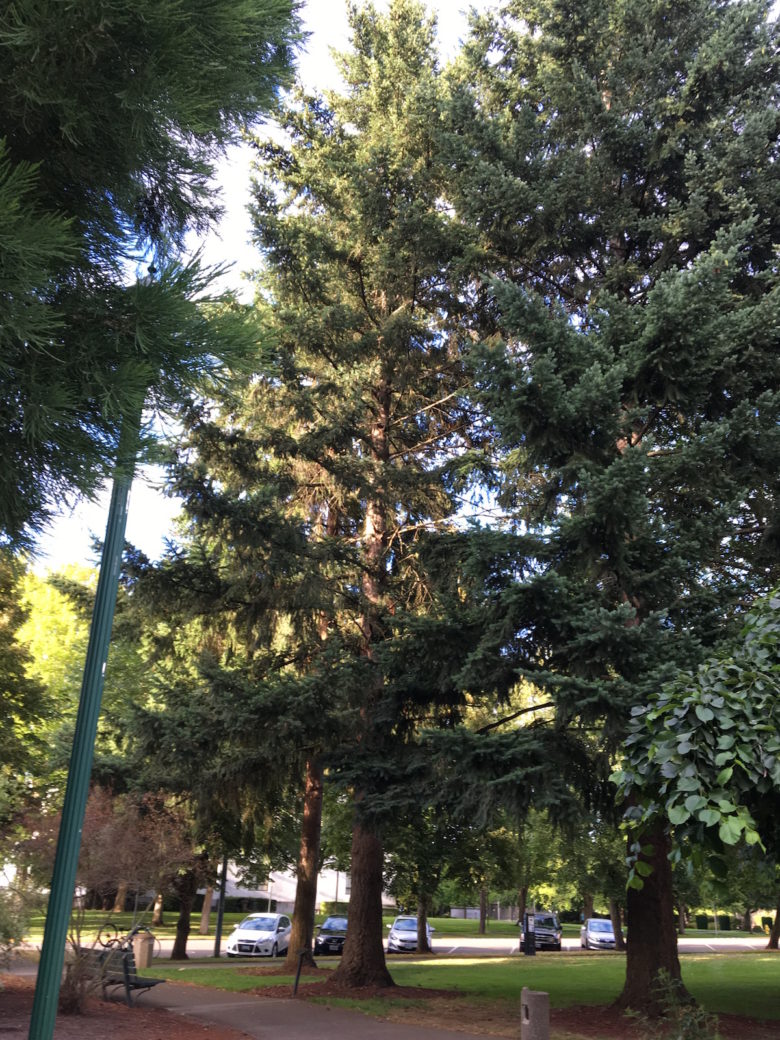 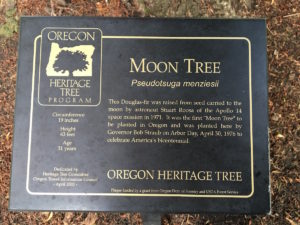 SALEM, Ore. – No one could have guessed when botanist David Douglas carried some Douglas fir seeds back to his home in Scotland in 1823, that Apollo Astronaut Stuart Roosa would carry some to the moon in 1971.

It happened in the early days of space flights when astronauts were allowed to take a few small personal things into space with them. Alan Shepard chose golf balls, John Young took a corned beef sandwich and Roosa took tree seeds.

Out of nearly 500 seeds, only about 50 of them are presently accounted for. The Moon Tree, alive and well on the grounds of the Oregon State Capitol, is one of the six growing in Oregon.

Roosa, born in Durango Colorado, was an Air Force test pilot before joining NASA. He first fell in love with Oregon when he came as a smokejumper parachuting into the wilderness to fight forest fires. He returned to Oregon again in the 1960s to train in the moonscape like craters of Central Oregon.He grew to love the forests of Oregon, and when Apollo 14 launched, he took with him nearly 500 tree seeds of various species tucked away in his personal property kit. Though Roosa didn’t actually walk on the moon, the tree seeds did orbit it 34 times.

The seeds were part of a science experiment to see if they would sprout when they came back. They did. A Loblolly Pine was planted at the White House and seedling trees were planted in Brazil, Switzerland and Japan.

Governor Bob Straub planted the first one of Roosa’s Rocky Mountain Douglas fir seeds in Oregon as the Moon Tree at the State Capitol on Arbor Day, April 30, 1976. It was named a state Heritage Tree in 2003.

Stuart Roosa died in 1994 of complications from pancreatitis. His legacy lives on.

For another story about trees, read Romancing the Douglas Fir