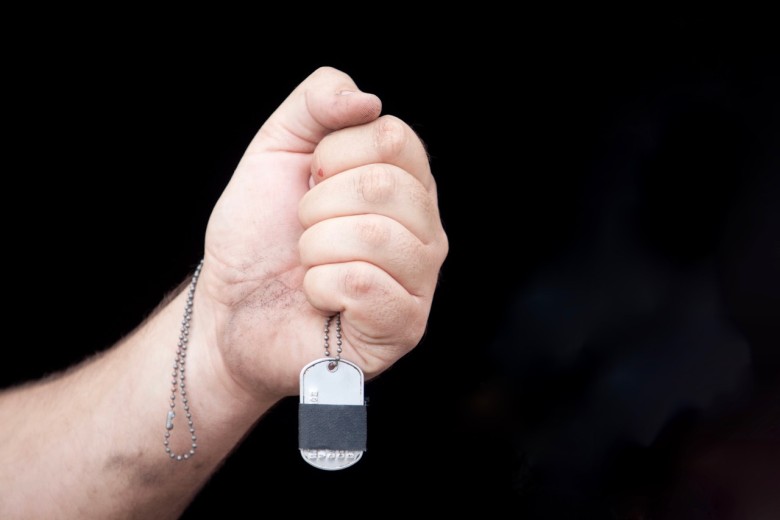 Soldier Son was in a hurry to get off the plane. More than anything in the world, he wanted to get out of the military and disappear into civilian life.

The Vietnam War was the Grim Reaper of 19-year-old men across the nation and Soldier Son knew his time had come.

His lottery draft selection number that year was number was six—out of more than 300. He had no deferrals. Marriage and fatherhood weren’t available, college wasn’t affordable and his family wasn’t politically connected. He could slip over the border and hide in Canada; however, his World War II father taught him to, “Never run from a service obligation to your country.”

Basic training had been intense. Lessons came fast and furious. He recalled little of military courtesy, history or tactics. At the time, other experiences seemed more pressing—like learning to sleep with a folding shovel in his hand to defend himself against attacks by big-city gang members.

The war effort was a great, grinding machine and military police were in demand. First, one company was sent, en masse, to the jungles of Southeast Asia. Then the following group would be cast like grass seed to military bases around the world. The next company wound up protecting convoys on dangerous roads in Vietnam.

Soldier Son landed in Korea, policing military bases in the city of three million teeming souls. His beat was harsh. It was after the Martin Luther King assassination—heroin, red-light districts and race relations.

The Vietnam War was a pond where politicians had dropped a giant boulder. The ripple effect of physically and emotionally damaged individuals washed up on shores around the world. Burns, missing limbs and severe trauma were transferred to high-tech medical centers in the U. S. and Germany. Those with emotional damage, now known as Post Traumatic Stress Disorder (PTSD), were de-compressed at any available military base.

Many of these men had been in unremitting, high-stress situations for so long, that when they got out they were scarcely capable of functioning as responsible adults. Their life or anyone’s meant little.

After almost two years Soldier Son arrived on the Pacific Rim, he was glad to say good-bye to his friends, military-manufactured psychopaths and other flotsam who’d drifted up on the Army’s beach. He boarded the plane with hope, and trotted back to the rest of his life.

A decade later, he’d successfully integrated himself back into the civilian world. Best of all, his nightmares had subsided. However, hyper-vigilance persisted. Not being a combat veteran, he never sought help; there were so many others who needed it more. When things got bad, he sought solitude in open spaces of the desert.

Another decade passed. He no longer felt the need to carry concealed weapons, but it was difficult for him to go out in public without shoes that allowed him to either “fight or run for his life.”

For two decades his solace was outdoors, sitting on a rock under a tree and watching desert wildlife. More and more, Soldier Son began to hide most of his discomfort in public.

Then he met one of many shot-up Vietnam veterans. His story was like so many others from back in the day. He’d been ordered into a rice paddy by his commanding officer and left to die when the plan didn’t work. However, with years of counseling, the vet had wrestled his PTSD into a manageable form. Then he’d passed the support on to other veterans.

As Soldier Son turned to go home that day, the shot-up veteran reached out to shake his hand.

“Welcome home, soldier,” the old vet said, “we’re glad you made it.”

Soldier Son said nothing for a moment. His knees wobbled and stomach twisted while long-suppressed emotions galloped before his mind’s eye.

“Thank you,” he said, moisture prickling behind his eyes, “I’ve never had anyone say that before.”

On the long drive home, Soldier Son pulled his car to the side of the road and sat still as a stone and watched the sun go down. He thought about how kindness can change the world and in this case, his world. Later that night he pulled into his driveway — a different man, but still very much the same.

After a late quiet dinner, he slipped into the solitude of sleep.

Bing Bingham is a writer, rancher and storyteller. He says this is for the veterans from a forgotten war. If you’d like to read more stories of the American West, check his book, ‘Shaped by the Land’ available on Amazon.com.


Guardians of the Flock 2 (continued)…