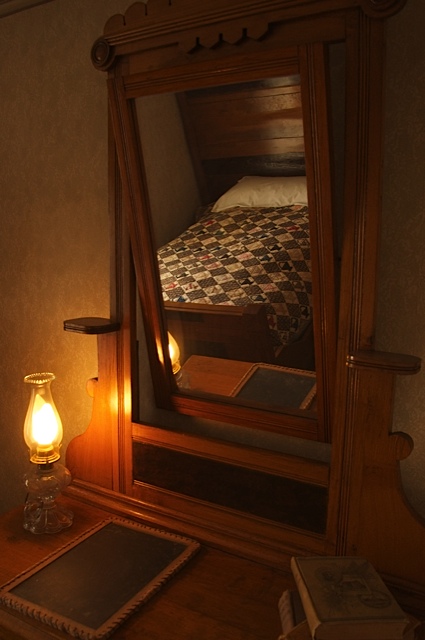 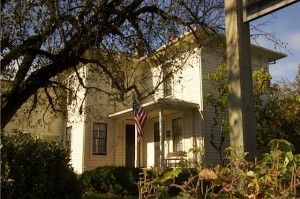 NEWBERG, Ore. – Herbert Hoover was an 11 year old orphan when he came to live in the Quaker home of his uncle Dr. Henry John Minthorn. The home, owned and operated since 1981 by The National Society of the The Colonial Dames of America in Oregon (NSCDA), is located in Newberg, Oregon.

Built in 1881, the Hoover-Minthorn House Museum is the oldest house and only museum in Newberg and the only presidential house in the Pacific Northwest. Anita Barbey, president of Oregon’s NSCDA, explained the museum’s goal.

“Our mission is to share the story of President Hoover in a way that might inspire 11 year old children to dream the way he did,” Barbey said. “After his parents died, the newly orphaned Hoover boarded a train headed west to Oregon to live with his maternal uncle.

“Once there, he took care of his uncle’s two horses, milked the cow, chopped wood and drove the buggy that took his country doctor uncle on house calls. However, his boyhood ambition was to earn his own living without the help of anybody anywhere and he never lost sight of that goal.”

Hoover, whose misfortune was to be president during the Great Depression, was a graduate of Stanford University. An expert on anything that came out of a mine, his translation of the obscure 500-year-old Latin document De Re Metallica is still used today. Hoover authored more than 40 books.

A copy of his famous Children’s Charter that states, “For every child a home, and that love and security which a home provides; and for that child who must receive foster care, the nearest substitute for his own home…”. It hangs on the wall just outside his childhood bedroom. The longest living president after he left office,

Hoover was 81 in 1955 when on his birthday he dedicated the Hoover-Minthorn House to country doctors everywhere. He died in 1964 at the age of 90. 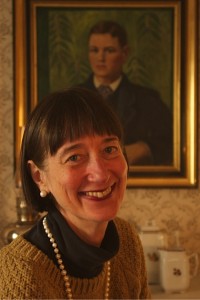 Barbey, like other members of NSCDA, can trace her ancestry back to those women who came to reside in an American Colony before 1750. Born and raised in Astoria, she has had a love for historic houses since she was a child.

“I was six or seven when my mother took me with her to participate in the part the NSCDA of Oregon had in the dedication of Fort Clatsop,” Barbey said. “My love for restoring old houses has taken me to Aurora, where I spent several years restoring the Frederick Keil House and to the McLoughlin House in Oregon City.

“I’m grateful to everybody who took care of the Hoover-Minthorn House before we got it and am equally excited about our hiring our first ever director last year to help lead us into the future. The Oregon Colonial Dames only has 129 members but, because we partner with other wonderful organizations, we do a lot of great things. It is very exciting to be a part of this house.”

For information about visiting the Hoover-Minthorn House Museum, go to www.thehoover-minthornhousemuseum.org . For more information on The National Society of Colonial Dames, visit www.nscda.org/museums/oregon.htm‎