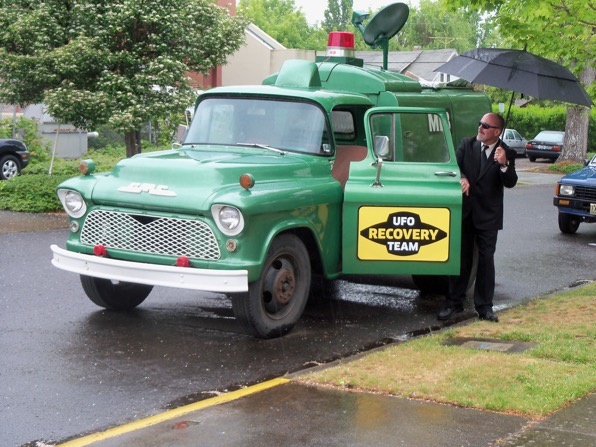 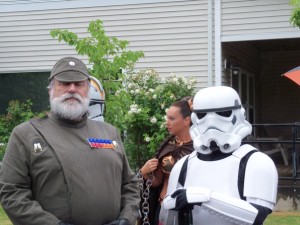 McMINNVILLE, Ore. – McMennimans Hotel Oregon in McMinnville, is the center of the Oregon wine country experience. Two-hundred wineries nestled throughout the lush hills of the Willamette Valley surround the town and tasting rooms are within easy walking distance from the hotel.

In the middle of May however, McMinnville, transforms from the self designated Wine Capital of the Willamette Valley into the Unidentified Flying Object Capital and the hotel is right there celebrating it. It started like this.

Sixty-five years ago on the 11th of May 1950, Evelyn and Paul Trent sighted and took pictures of an UFO over their farm outside of McMinnville. The photos have been examined, authenticated, disputed, lost, found and talked about ever since.

McMenamin’s Hotel Oregon honored the 50th anniversary of the sighting by hosting Dr. Bruce Maccabee, a retired optical physicist, who has been one of the premier UFO researchers in the last few decades, to speak about his years working with the Trent photos. McMenamin’s anniversary event grew like wild blackberries into an annual UFO Festival that this year begins on May 14 and includes five world-class UFO experts, four bands, a costume ball for humans, a costume contest for pets, live radio theater and of course the May 16 UFO Festival Parade. 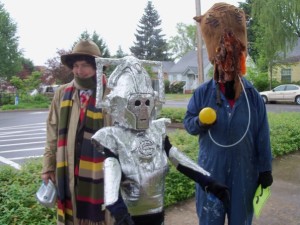 The bad news is that if you would like to book one of Hotel Oregon’s 42 rooms, maybe even stay in “The UFO Room” and be in the epicenter of the activities, it is too late. JoAnna Howard, hotel manager, books next year’s reservations for every room the last day of the current festival and most guests come back year after year.

Hotel Oregon caters to both serious and frivolous guests and Chris Miller, property manager for the hotel, considers it both a serious event for UFO enthusiasts and entertaining for everyone else.

“This is a big event and a good mixture of science, UFOs and Wookie suits,” Chris explained. “It also gives us a way is a to show off the renovations and earthquake upgrades that required removing the interior, restoring as much of the original wood as possible and decorating to create an eclectic experience. The 1905 building is in line with McMenamins 60 other properties around the state.

Informal UFO festival planning is continuous and formal preparations like securing speakers, entertainment and venues to accommodate the throngs of enthusiasts, start in December. The speaker events have long outgrown the banquet rooms and now the McMinnville Community Center hosts sell-out crowds.

Chris and JoAnna pull in help from other McMenamins locations, stock up on Alienator Ale and other McMenamins beverages in anticipation of the more than 350 people who pack the hotel’s restaurant and bars from basement to rooftop during the festival.

“The festival has grown beyond expectations of what we thought would be a ‘One and Done’ event,” JoAnna said. “On Saturday, the parade draws Wookies, Princesses, Men in Black, Hammerheads, Storm Troopers, Federation Officers, Daleks and Doctors, Greys and Unidentified Festival Operatives to the streets of McMinnville. Scientists and ufologists, bands, dancing and costumes fill the rest of the time with serious discussions. If that is not enough, the Willamette Radio Workshop performs live radio theater.

On Monday, May 18, McMinnville resumes its role as center of the Oregon wine country experience and once again Hotel Oregon becomes the ideal home base for a tasting trip.

The festival schedule is found on the McMenamin’s UFO Festival web site: http://ufofest.com/schedule/ on Facebook.

-Story and photos by Patrick McGinty ©2015, mystery writer and author of Caise Closed

Oh my Bridge of the Gods….