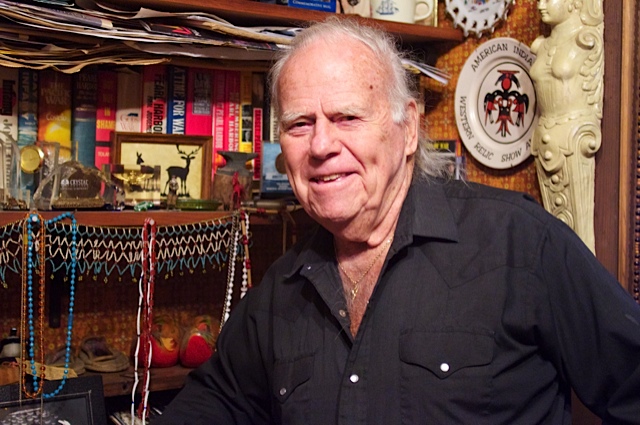 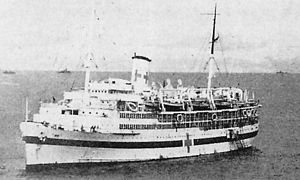 LINCOLN CITY, Ore. – Ed Johann doesn’t have to visit the public library, access the Internet or read any of the more than 100 books in his personal library to find out what happened at Pearl Harbor when the Japanese attacked. He was there.

When he joined the U.S. Navy in 1941, Johann was an optimistic 17-year-old kid who had the idea that he was going to be a glamorous sailor like the ones he saw in the movies. Call it destiny, luck, fate, or karma, when the Japanese attacked on Sunday, December 7, 1941, the glamor disappeared. Even the ship, on which Johann was stationed, had sailed safely out of Pearl Harbor without him.

“The hospital ship, USS Solace, had newly arrived from the East Coast and it’s medical crew needed something to do,” Johann explained.

“Since I still had my tonsils, just before my ship (USS Wright) sailed away, I was transferred to the Solace so they could perform my tonsillectomy. While I convalesced, I was part of the crew of our little motor launch, which was sort of a taxi from the ship to shore for anyone who wanted to go to church or spend some of their free time relaxing.

“We were still shipside warming up the engines, when I saw the Japanese planes coming in, but until the explosions and flames started erupting from our ships in the harbor, I thought they were U.S. aircraft conducting drills. We turned the launch around and started picking up wounded and taking them to the Solace.

“A lot of the guys in the water were easy to rescue, but many had been burned so badly their skin peeled off in my hands when I tried to pull them into the boat. The water was a mass of burning oil and as we were rescuing guys coated with that oil, suffocating from smoke, drowning and bleeding to death, the strafing continued. I had a hold on two men – but couldn’t hold both – one slipped away and I always hoped someone else picked him up. We spent the rest of the day rescuing wounded men and transporting them to the Solace.

“We didn’t give a thought to whether we were going to survive or not because surviving was pure luck and not skill. Maybe the guy next to you would get killed – but you just kept working. That night no one slept because we thought the planes would come back. The next day we picked up bodies and took them ashore.”

It was 70 years before Johann returned to Pearl Harbor though he had already filled out the paperwork needed to have his ashes entombed within the wreckage of the USS Arizona.

What transpired in the time between Johann’s vision of being a Hollywood sailor and surviving Pearl Harbor? Whatever it was also launched him into a 28-year career as a firefighter with the Portland Oregon Fire Department and a lifetime of mountain climbing, search and rescue. What throws some men into depression somehow propelled Johann into a life of service.

“I’ve been lucky,” Johann said about the message he likes to bring to others. “I’m in good health and I appreciate it. “I’m fortunate to have a good family and good friends and I’m grateful that at my age I can keep plugging along feeding the birds and doing all of the other ding-dong stuff you get to do when you retire.”

To read more about Ed Johann, visit Ed Johann – A legend in his own time.