High Heels on the range 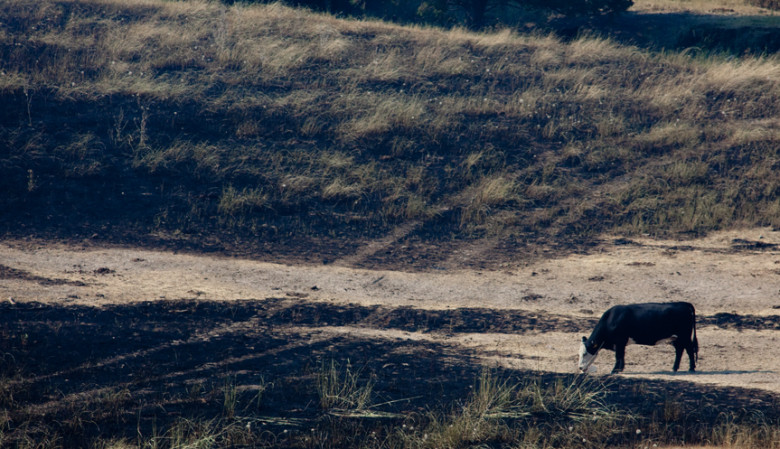 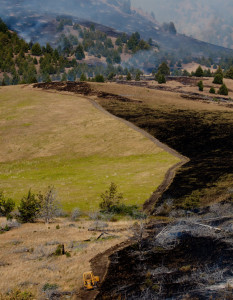 Fire on the range; photo by Bing D. Bingham

Ever notice how some days seem to go sideways?

After a dry lightning storm, we had a range fire kick up about 15 miles from our place. Donning my firefighting gear, I headed for that location to give a hand. Enroute, I drove into the bottom of a ravine and spotted a small white SUV sitting off the road. The sign on the side proclaimed a regional television station from a nearby city.

Standing in the dirt road was an attractive young blond woman. She was dressed in a light blue cotton blouse, a short white skirt and had a light pair of pumps on her feet—the kind you’d expect to see in a shopping mall. It was obvious she hadn’t counted on her news director giving her a remote wildfire assignment when she got dressed for work that morning.

“Uh oh,” I thought to myself, “a TV reporter lady looking for a live shot on a slow news day.”

Apparently, she’d spotted some cattle and wanted to get some footage with smoke in the background. She jammed on the brakes, tossed the SUV in reverse and backed one tire over the edge of a washout—she was stuck.

Trying to unstick herself, she’d created quite ruckus on the road. Tracks were running helter-skelter around her vehicle and newly produced clods of dirt had been tossed in all directions. Nearby, a half-dozen cows were peering curiously through the sage at the disturbance.

The moment her mouth opened, she began batting her eyelashes in my direction as fast as she could. I worried she’d create a breeze that would fan the fire or sprain an eyelid muscle.

“That’s not all you have, lady,” I thought to myself, “you have a temper and I’m your ticket back to an air conditioned studio.”

We were deep in the desert, staring at each other and her eyes had all the sincerity of a coyote coaxing a lamb out into the open—for it’s own good, of course—and I was the target.

“It doesn’t need to be this way,” I thought to myself, again.

I sighed, didn’t say much, and unhooked my winch to yank her back onto the dirt road. Soon, her four tires were sitting square once again.

“Thank you,” the talking head beamed at me.

She gifted me with a dazzling display of dental handiwork—the finest money could buy. The last time, yours truly, saw that many white teeth aimed in my direction was in the back of a pickup with a strange stock dog snarling at me.

It was her eyes, however, that brought me up short.

When approaching strange livestock, it’s a good idea to watch their eyes and body language before getting too close. If I’d walked into a corral with a mare that had that same look—I’d immediately back out and find a safe spot.

All pretense of the TV lady’s appreciation disappeared now that I was no longer of use. She grabbed her camera and got some footage of those confused cows standing eyeball deep in the sage. Then she drove off leaving me in a cloud of dust.

I suspect the cows were still wondering what was happening on the road.

“It’s OK over here, girls,” I said to the cattle, “lets go back to what we were doing.”

It’s not necessary to thank me for giving someone in trouble a hand. That’s not why I do it. And I don’t regret stopping to help the TV reporter lady.

But, I think I’d rather hump a water-filled bladder bag up a rimrock cliff to fight fire than talk to her again. The back-story is more authentic and there’s fewer mixed signals.

Bing Bingham is a writer, rancher and storyteller. He didn’t bother watching the televised news report that night. If you’d like to read more stories of the American West, check… http://dustydogcafe.com/