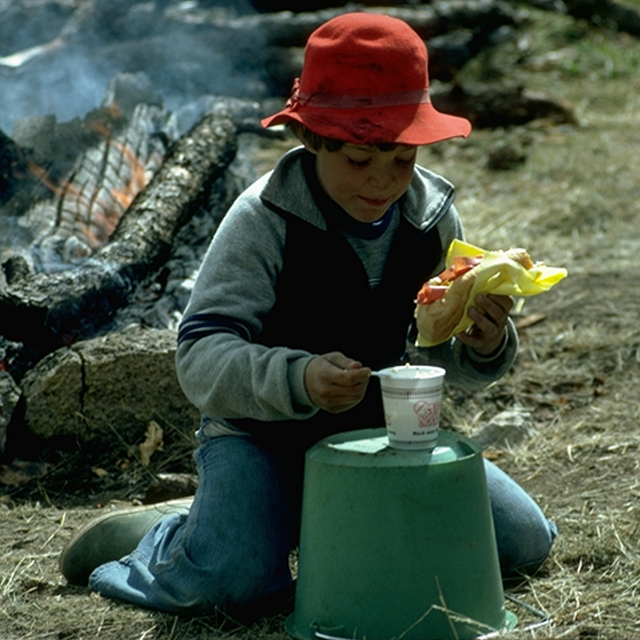 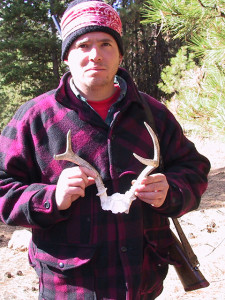 “Dad, can I go with you to Seneca… please… please… pretty please?” Probably to keep me quiet, my more than six foot tall Dad, agreed that I could go to hunting camp when I was as tall as the bottom of his shirt pocket. I stretched and stretched and made the mark by my eighth birthday. After that I never missed a trip.

“Seneca” was a name that fueled my imagination when I was a youngster. It was back in 1930, in the Malheur National Forest that covers the hills near Seneca, the first time my father went deer hunting with one of his older brothers. In the following years, the rest of the family joined those pioneers and deer camp became an annual reunion for the extended family. Hunting stories became the stuff of legends. Months before deer season, the leading question of any conversation became: “When are you leaving for Seneca?” Seneca has always been a small town.

Founded in 1895, the post office was named after Seneca Smith, a prominent Portland judge, brother-in-law to the town’s first postmaster. Hines Lumber Company placed a rail terminal for its logging operations at Seneca in 1929 and though it gave the town an economic boost, the population never grew over 300.

In the hills around town one can still find old railroad grades, cuts, fills and an occasional remnant of trestles built to cross narrow canyons. Logging operations by Hines ceased in 1984 and many of the workers moved away. Most of the buildings supporting the Hines logging operation have disappeared – but – a sawdust burner still stands as a mute reminder of the sawmill that processed ponderosa pine logs into lumber. 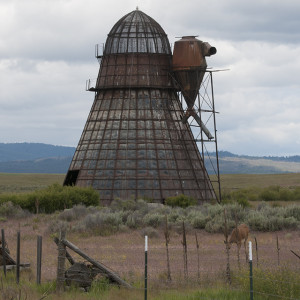 The climate of Seneca is described as “subarctic”. Once the coldest spot in the nation, the thermometer read 54 degrees below zero (it might have been colder but that was as low as the thermometer was calibrated). On the same day one summer (July 21), the low temperature was reported at minus 30 and the high reached 96 degrees.

The town has turned to attracting tourists, mostly hunters during season. A golf course has been hacked out of the sagebrush and cattle pastures. The game is called “Cow Pasture Golf” and said with a smile. If you choose to play, be careful of where you step. http://www.pasturegolf.com/bear.htm

Seneca is located on US Highway 395 about 25 miles south of John Day, Grant County, Oregon.If you visit, bring a coat – it can be chilly in the morning.