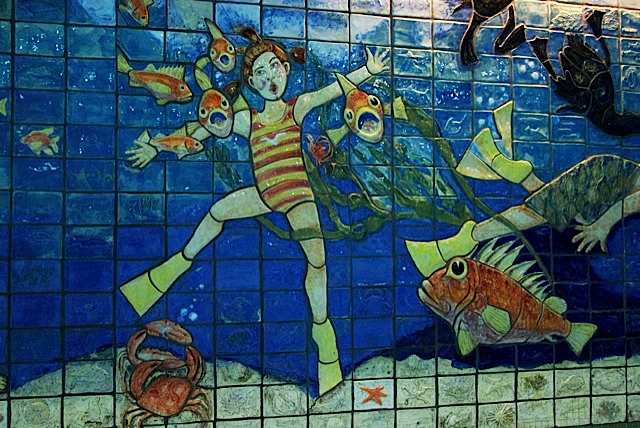 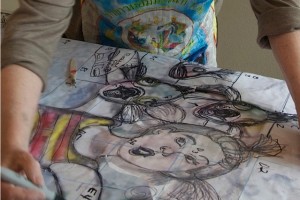 LINCOLN CITY, Ore. – Residents, visitors and public art make good bedfellows in Lincoln City and a great example is the five-by-thirty-six foot ceramic tile undersea mural that adorns the spa wall in the Lincoln City Recreation Center. The idea was the brainchild of mural artists Judith and Ted Schlicting of Row Boat Gallery in Neskowin. To help make their idea come to fruition, the Schlictings offered a series of four free tile-creation classes at the Lincoln City Culture Center that included instruction, materials and tools. They then opened them up to locals and visitors from all levels of experience.

“ We wanted people to be able to make a piece of themselves and leave it here in Lincoln City,” said Judy Schlicting. “The ability levels of expertise that participated were from zero to maximum – the youngest was seven and the oldest was 83.

“Some didn’t think they could do it at first and were thrilled to find out they could. Others took to it so well they made several tiles each. Now, everybody’s work is a permanent part of the mural on public display and they can see their artist contribution for years to come.” 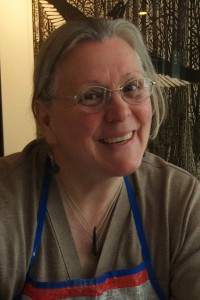 Judith, who has always been an artist, loves working with tile the most. Born and raised on a farm near Eugene, Oregon, she says being able to escape through art has been a wonderful thing in her life.

“I can draw and paint too, but I love tile, Schlicting said. “I opened a bakery and decorated cakes once, but when someone messed up my masterpiece I got out the business and moved to clay and tile. I do love the permanence of bisque-fired brightly colored tiles. ”

To set the theme of people swimming alongside animals, Schlicting modeled the girl wearing the flippers after her young granddaughter.

“Fortunately I didn’t have to lay the tile,” Schlicting said. “It is a precision job and too much angst for me.”

To give the tile setters a map to work by, she drew the images on graph paper, divided it in panels (A, B, C etc.), numbered the tiles (C1, C2, C3 etc.) and filled in with the ones created by the public.

” The finished product was a fun project,” Schlicting said, “and the public will enjoy and the people who worked on it will know where to find their piece of themselves.”

Beware the Essence of Billy Goat


How Rusty Eagle Stopped Being a Bully…