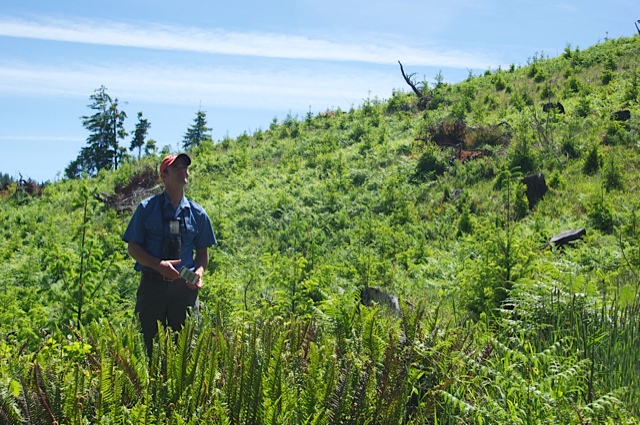 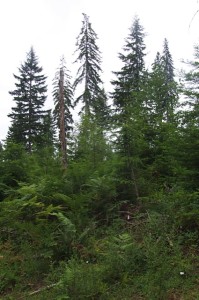 Resident and visiting birdwatchers wanting to add to their life list of birds need to travel through Oregon’s rich collection of mixed forests with bird books in hand. Though some oppose managing forests, some of the 500 bird species at home in the state do best in young open stands or clear cuts, some do best in older complex forest stands, and a few do best in both. Oregon has them all.

Oregon’s ecologically diverse habitat, its acres of managed forests, and its latitude, make it one of the best northern states for watching birds. Among the many people who work in behalf of Oregon’s wildlife, are Matthew Betts, Ph.D., whose specialty at Oregon State University is forest wildlife landscape ecology, and Douglas Robinson, Ph.D., an OSU Mace Professor of Watchable Wildlife. Both professors weighed in on what makes this a great birdwatching state.

Robinson, who with a friend started drawing birds at the age of 10, passes off his early interest in birds as some birdy gene that started firing at a young age.

“My friend became an artist because he was great at drawing and I became a birder because I was great at identifying birds,” Robinson said. “I was thrilled when my third-grade teacher approved my request to do a book report on the Golden Guide to North American Birds instead of some boring fiction for adolescents.about

“I like all birds, but my work focuses on communities of species, which means I need to know them all. My forte is identification by ear, so that lends itself well to focusing on songbirds which collectively are my favorite group.”

Robinson noted that Oregon’s latitude places it far enough north to get interesting species that live most of their lives in colder regions of North America, and far enough south that species common in warmer areas to the south extend their ranges into Oregon.

“Oregon is habitat rich,” Betts said. “We are trying to work across all land ownership types to maintain the balance needed to keep our wildlife species diverse. We need them all — the mature forest, the thinned stands, the oak savannah and young, open stands to allow us to keep Oregon great for birdwatching. It’s exciting to be in research today. We learn more cool stuff every year.”

So, if you are camping in the deep forest, hiking through the thinned stands or picking berries in a clear cut, there are going to be birds all around you. Oregon Forest Research Institute has two publications that are great for Oregon birdwatchers. The first is A Guide to Priority Plant and Animal Species in Oregon Forests, available at http://learnforests.org/sites/default/files/Guide_priority_animals_2012.pdf and the second is Wildlife in Managed Forests available at http://oregonforests.org/sites/default/files/publications/pdf/Wildlife_Mngd_Habitat.pdf . For a good general bird information site visit http://birds.cornell.edu/onlineguide/.

In praise of the Pacific Lamprey


Habitat Heroes on the Clatskanie River