In praise of the Pacific Lamprey 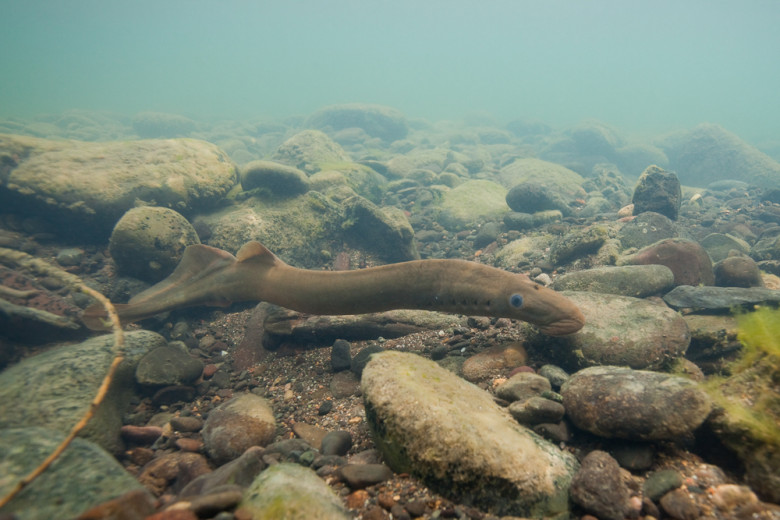 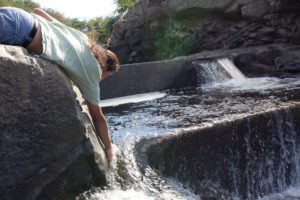 You might be surprised to learn that the stream running by your favorite hiking trail is prime habitat for Pacific lamprey – a declining ecological fish with a 450-million year history. And, that the lamprey, which looks like an eel but isn’t, plays an important ecological role to the welfare of native salmon. Juvenile lamprey, or macropthalmia, out migrates with smolting salmonoids, offering themselves as prey and buffering the salmon run. Because sea lions and other salmon-eating predators favor the oily high-in-protein taste of the lamprey, they eat them and ignore the salmon and steelhead returning to natal streams.

The problem is, Pacific lamprey populations have been declining for decades. Michael Fox and Andrew Wildbill, fish biologists with the Confederated Tribes of Warm Springs, study lamprey in the Columbia Gorge.

“Lampreys are nocturnal so you’re unlikely to see them during the day,” Fox said. “Spawning females lay upwards to 150,000 pin-head sized eggs in a nest, and then die. The eggs hatch into tiny blind larvae, burrow into the muddy stream bottom where they feed on soft organic material for four to seven years before heading out to sea to mature. After two to three years at sea, they return to fresh water bringing back ocean rich nutrients important to the ecosystem. Not having the monetary value of game fish like salmon and steelhead, their ecological role is misunderstood. The decline is of concern to all researchers in the area, and of even greater concern to Native Americans who have been harvesting ‘eels’ for millennia.”

Unlike Fox, who acknowledges the general public’s view of this uncharismatic creature,Wildbill, a member of the Umatilla Tribe, thinks they are beautiful.

“We have always eaten lampreys during our Native American ritual ceremonies and they are still critical to our culture” Wildbill said. “They have a very distinct flavor that I didn’t like as a child but learned to love as an adult. It is that same oily protein-rich taste that we like, that protects the salmon from predators during migration, because the sea lions like it too.

“It is so important that people understand the native lampreys are not like the invasive Sea lamprey in the Great Lakes that prey on native fish. We need to educate people about the importance of these fish and do everything we can to help them survive.”

The two capture adult lampreys and implant them with a PIT tag (an acronym for a Passive Integrated Responder). The tag gives off a signal as the fish swim past monitors and antennas placed in stream.

“After we catch them, we make a small incision and insert the PIT tag in the body cavity,” Fox said. “We hold them for 12 hours and then release them back in stream as part of our study. However, PIT tags can only record their passage and behavior as they swim over in-stream antennas and because the lamprey are so small when they out-migrate, there is no technology small enough to implant on juvenile lampreys. A big question remains for this part of their life-cycle.

“There is no doubt human impact has played a part in declining populations, from habitat loss to passage barriers. They are unique and don’t get much attention, but they have had value on this earth for 450 million years.”