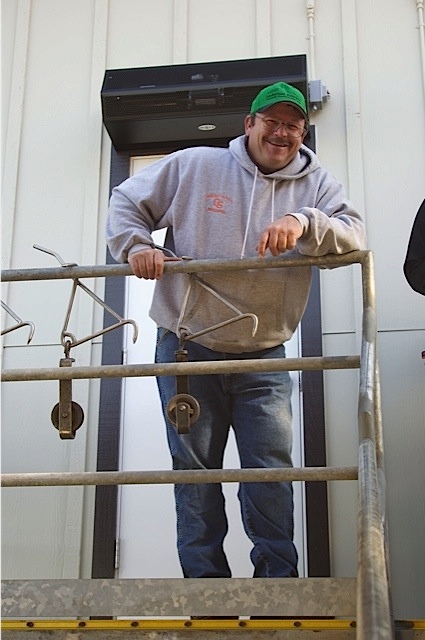 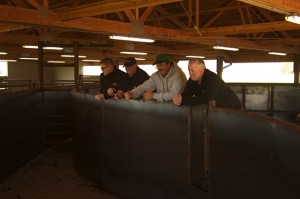 Oregon born Reed Anderson showed he still has the pioneering spirit, when he built a new USDA processing facility on his own ranch so he could control the quality of the lamb he sells. Faced with a decision to quit focusing on meat or build his own processing plant, Anderson chose to build. The 15,000 square foot facility (including holding pens) is built like the largest of plants but in a small way. Its can hold 500 lambs or 70 grass fed beef cattle, and process up to 300 animals a day.

“To make it in the sheep business, you need to go for quality or volume and we’re known the upscale branded product,” Anderson said. “The stumbling block for us, was processing. Now I control the quality from the point of conception to the finished product.”

Anderson, who is fourth generation in a five-generation sheep operation, met with his family to make the decision to build.

“We looked at grants, and co-ops and the like and decided to mortgage the farm,” Anderson said. “I wanted the building itself to look like an agriculture building and not a barn, and depending on which piece of equipment you look at depends on if it was purchased new, bought and shipped from a processing plant that closed in Chicago or was custom made us. The pelts are dried in an adjacent building and then sent to Nugget pelt plant in Texas. I followed the Temple Grandin model (http://www.grandin.com) in the holding pens – lots of lights, curved passageways, non-slip well drained surfaces  – every thing to create humane stress-free conditions and I have security cameras patrolling the offloading areas. People with animal experience helped me put it together and we all knew what we didn’t want. Everybody’s good ideas went into the job.

Anderson named his plant after the Kalapooia Indians who settled the valley known in the center of what is known as the grass seed capital of the world. For the Andersons, processing has come back to the farm since the days his great grandfather used to process them in the field and sell them in town from the truck. In the interim, processing went to the big guys and now that the big guys are few and far between, Anderson brought it back to the farm.

Anderson, who is looking forward to the building phase to be over, says that he thinks he has wanted his own processing plant all his life.

“Every time I hit a snag I would say to myself that if I had my own plant I could…” I remember the days we just raised sheep and after all the work of keeping them away from the coyotes, they were always either too big, too small, too black, too white or it wasn’t the right time for the pelts,” Anderson said. Today, I can raise them the way I think they ought to be raised, process them the minute I believe the time is right and get them to my customers when they need them.”

More about Anderson Ranches at http://www.oregonlamb.com

Yaquina Head Lighthouse – Worth the Drive to Newport…


In praise of the Pacific Lamprey