Keep Your Eye on the Mustang… 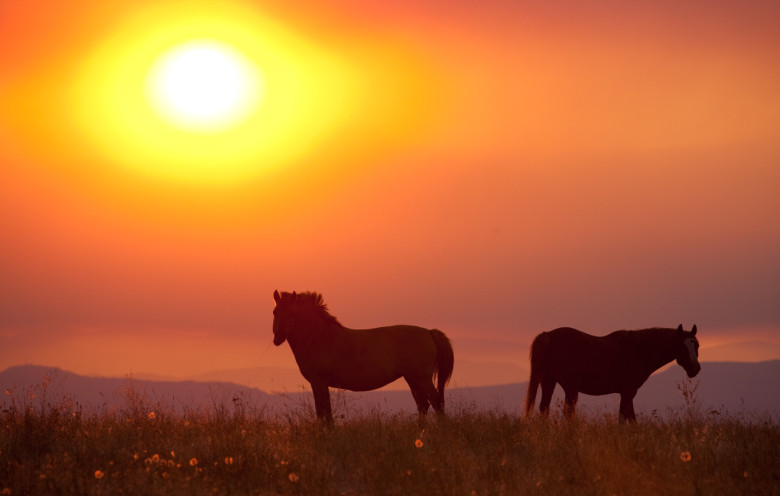 Years ago, I adopted a wild young colt from the Bureau of Land Management and began teaching him to lead with rope and halter.

He makes training a wild mustang look easy. For him, it takes about three hours to gentle an animal that’s never been touched by human hands. While carrying a ten-foot bamboo pole, talking quietly and moving slowly, he reassures them by rubbing their withers, a spot associated with nurturing and bonding. For a horse, that’s positive feedback.

When the trainee gets the wrong message, makes a mistake or disobeys, he simply blocks their path with the pole. Then, when they get it right, he goes back to reassurance. When our expert is finished, the formerly wild horse willingly allows itself to be haltered, led around the pen and the bonds of trust with a human have begun.

During our conversation, he asked me to bring my horse to one of his clinics and participate in a demonstration.

On the big day, he sidled up to my seat and said, “Bing, you’re up next, why don’t you put your colt in the round pen where we can work with him?”

I headed for my stock trailer, halter in hand. When I entered the trailer, 20/20 hindsight shows me I was moving too quickly and violating the scared young horse’s personal space. I tried to coax him into the halter and he flowered into a full bloom Touch-Me-Not — ducking his head and avoiding me any way possible.

Too anxious to be ready on time, I allowed myself to get involved in a slow-motion chase inside a 16-foot stock trailer—a dangerous place to be with a frightened thousand pound animal.

I turned and looked outside the trailer to check the gathering crowd—with no warning—my head slammed back against the trailer wall.

The colt had kicked me in the stomach. Not hard enough to injure, but he certainly got my attention. After being knocked against the wall, I was still standing upright, but my breath was only coming in gasps and wheezes.

Our horse-training legend must have heard the ruckus in my trailer. He poked his head over the side and said, “Why don’t you let me handle the situation from here?”

Hobbling toward the bleachers, I was delighted for that horse to be someone else’ problem, even if only for a moment.

It only took a minute or so for the trainer to coax the colt out of the trailer, into the round pen where he began speaking to the crowd. After a bit I tuned in to what he was saying:

“…and sometimes an owner will get himself in trouble when he’s thinking about other things while working with his horse.”

As his words registered in my rattled brain—I became distinctly uncomfortable. I wondered if I had caused other problems with my horse. The reflection in the mirror of my mind gave me an unpleasant answer.

“Bing,” the legend said to the crowd, “Why don’t you come up here in the round pen,and work with your horse while I walk you through a few pointers.”

Slowly, my breathing still troubled, I wheezed my way forward into the round pen where the he handed me the lead rope. He stepped back and with his gentle voice put us through a series of exercises designed to regain trust between animal and owner.

It wasn’t long before the demonstration was over.

Calmly, I led the young horse out of the round pen and loaded him in the trailer. For both of us, the exhausted horse and owner, the ride home was very quiet.

Years later, I’m not sure who learned more in the round pen that day—me or the horse—but I’m glad I was there and listening.

Bing Bingham is a writer, rancher and storyteller. If you’d like to read further stories, check http://bingbingham.com/blog/

Angie’s Working on the Railroad…


Yaquina Head Lighthouse – Worth the Drive to Newport…