Romance at the Starfish Manor in Lincoln City 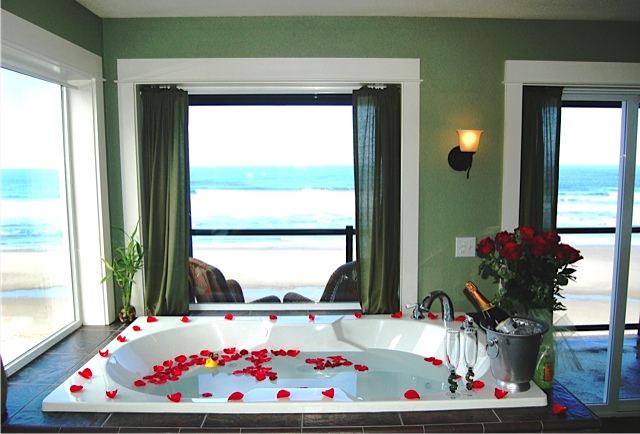 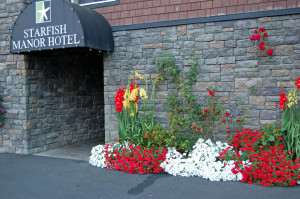 LINCOLN CITY, Ore. –Romantic Jacuzzi tubs for two overlooking the ocean, gas fireplaces, pillow top mattresses, luxury linens and robes, roses, wine and chocolates, helped earn the Starfish Manor Hotel in Lincoln City the right to boast about being one of the most romantic hotels in the United States. Jim Dunlap credits his wife’s and her mother’s imagination and attention to detail for creating the award-winning place to stay.

Jim and Dianna Dunlap of Lincoln City and Dianna’s parents Robert and Eldora Merrill of Long Beach Washington co-own the Starfish Manor. “By combining their business and design skills, Dianna and Eldora have brought romance to Lincoln City,” Jim Dunlap said of the family operation. “Her dad and I take care of the construction side, but everything else came out of their heads. Together, they have created a special place for romance at the beach.

” For the last 20 years, the Dunlaps and Merrills built spec houses in Lincoln City. Dianne and her mother shopped for every item one room at a time and while they loved doing it and always did a perfect job, Dianna could never put as much romance in the spec-house rooms as she wanted.

“We bought the five-unit mini Nelscott Manor to give her more decorating leeway,” Jim Dunlap said. “However, while Diana did it she began to dream about building and decorating a new and perfect romance 17-room boutique we now call the Starfish Manor Hotel and she isn’t through yet. “We are having shingles had hewn in Toledo right now preparing to build 35 more rooms.” 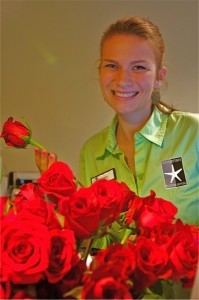 Though famous for rose petals and chocolates, there is much more to the Starfish than meets the eye. You don’t see the two inches of cement soundproofing in the floors, the housekeeping staff ironing the 600 thread-count linens or the custom wine glasses being blown.

“People get engaged in this hotel and celebrate honeymoons and anniversaries,” Jim Dunlap said. “We had a 90-year-old couple who treated themselves to a quiet retreat at the beach which is easy to do when you are in a place that doesn’t allow smoking, pets and or small children.

“Every signature color and design, every piece of tile and stone, every amenity we provide expresses our passion for excellence and our goal to create a place where people can take time for each other. I’ve lived at the beach my whole life and I love it here.

“We’re proud of our award from Trip Advisor designating us second only to Hawaii for being most romantic hotel in the United States. However, we all agree with Dianna who says that if our ocean had warmer water we’d have been No. 1.”

At Earth & Vine With The Backroads Rambler…