At Earth & Vine With The Backroads Rambler… 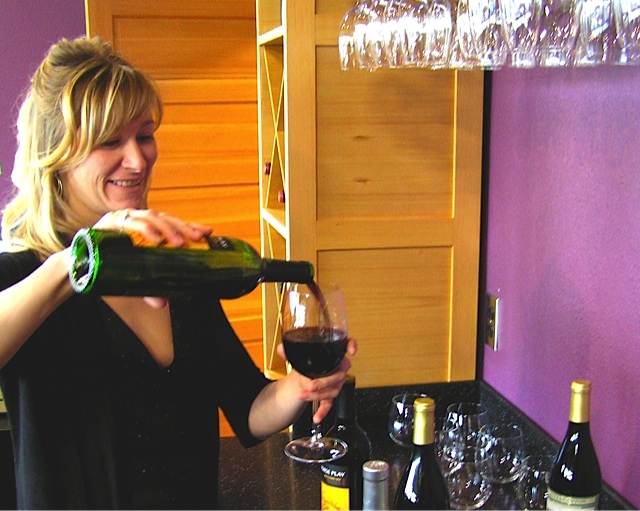 “Out in Oregon where the good men are, the only friend to guide you is the evening star, but the roughest toughest man by far is Ragtime Cowboy Joe…” 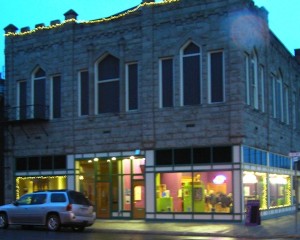 Larry (famous as the original architect for McMinnamins Inns) and Rosemary Abel, have completed the first phase of the historic Pythian Castle at the corner of First and Washington in Baker City; photo by Ed Merriman.

That may have been true more than 100 years ago when the song Ragtime Cowboy Joe was written, but the range in Eastern Oregon has a new kind of evening star today called the Earth & Vine that serves as a guiding light to cowboys and townspeople alike.

Earth & Vine is beginning its fifth year in Baker City.

It started out as an art gallery and wine shop for cowboys wives, but it quickly expanded into a full service restaurant and venue for local musicians, from country crooners to bluegrass, blues, jazz, rock and everything in between.

If you haven’t been to the Earth and Vine at the corner of First and Washington in Baker City, it’s well worth the trip. Be sure to look up proprietor Mary Stevenson. She’s something of a heroine in Baker City.

“I got my inspiration from when I was a teacher. I thought it would be nice to have a place to go to have a glass of wine after work to unwind, and I found a lot of other professionals I talked to felt that way too,” Stevenson said.

Pursuing her dream took her from a career teaching school to running Earth & Vine.

Stevenson earned her bachelor’s degree and teaching certificate from Eastern Oregon University and taught school in Burns, Unity and North Powder, but she never gave up on her dream. 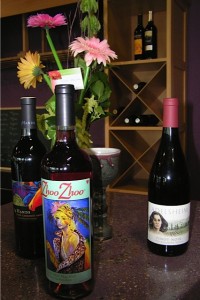 While working as a waitress at Barley Brown’s Restaurant in Baker City evenings and weekends to make extra money, Stevenson said everyone from the owner, co-workers and customers offered ideas and advice and encouraged her pursue her dream of opening a wine-tasting room and art gallery, but that was just the beginning.

With the grand opening of Earth & Vine in November 2008, her dream became reality. Her wine-tasting room and art gallery occupied the restored ground floor of a previously abandoned building known as the Pythian Castle where purple grape and leaf green walls created a perfect backdrop for colorful paintings.

Larry and Rosemary Abel, owners of the Pythian Castle building, said they worked with local contractors for about two years to complete the first phase of a historic renovation, including work on the corner location of Stevenson’s Earth & Vine business. Larry Abel is famous as the original architect for McMinamins Inns.

After her first two years in business, in 2010, Stevenson was named Baker City Entrepreneur of the Year for the huge success of opening not only an art gallery and wine-tasting room, but expanding into a restaurant with live music on weekends.

Lisa Dawson, executive director of the Northeast Oregon Economic Development District, said she started working with Stevenson in 1997 when she began preparing her first business plan.

Today, Stevenson’s Earth & Vine is one of the region’s most popular gathering spots. The food is great, the art is amazing, the beer and wine selection is superb, and the entertainment is outstanding.

The Woodpecker and the Crow Go To the Mall…


Romance at the Starfish Manor in Lincoln City