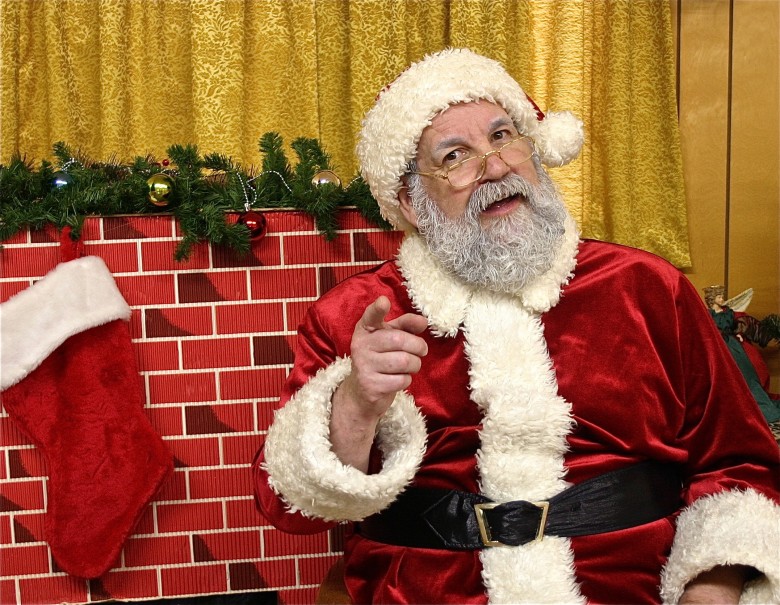 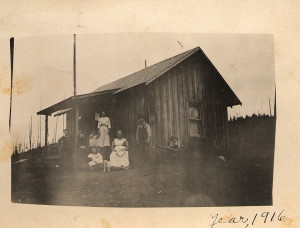 Grandparents house in 1916, a year after Grandpa Kellar built it ; photo courtesy of Kellar family,

Holiday get-togethers were the cornerstone of maintaining family ties when I was growing up. We gathered for all the major holidays: Christmas, Thanksgiving, Easter, the 4th of July, Mother’s Day and hunting season in Eastern Oregon. My favorite, of course, was Christmas.

We lived only a couple miles from my dad’s folks and there was always lots of excitement building up before the big day. Montgomery Wards & Sears sent out Christmas catalogs every year and they were usually pretty well worn by the time Christmas rolled around. Actually, I don’t remember getting any of the presents that I admired in the catalog but that really wasn’t an expectation.

My grandparents lived on 40 acres up over the hill from Rainier. On Christmas Eve, it was off to their house, an old, weathered board and batten structure roofed with a hand split cedar shakes.

We always entered through the kitchen with its wood cooking stove and welcoming fire. Next to the kitchen door was a washstand with a basin and a bucket of spring water with a dipper. Above the washstand was a mirror and granddad’s razor strap. Behind the door, a loaded 30-30 leaned in the corner.

Our two maiden aunts, who always showed up a day or two ahead of time to help grandma get ready, greeted us. We were usually the first group to show, followed by my uncle and his family, with our third aunt and cousins trailing some hours later. They always seemed to have car trouble.

In the living room stood a big wood stove and a box of mixed nuts. We cracked the nuts with a hammer on a block of wood, tossing the shells in the stove. A dish of white and pink solid mints and horehound candy beckoned from the tabletop.

Granddad always cut a Christmas tree from the nearby woods to put in the living room and my aunts would decorate it with bright lights, pretty bulbs, tinsel and icicles. The best part for us kids, of course, was the mound of presents under the tree.

There was no smoking in grandma’s house so the men would go out to the woodshed and stand around telling hunting stories until dinner was ready. Somebody would usually have a bottle of something under their car seat and they would pass that around to make sure their throats didn’t get too dry.

We never had what I thought of as a dinner. What we had was a sumptuous feast. Ham, turkey, spuds and gravy, Jell-O salad, candied sweet potatoes, coleslaw, fresh cranberry and orange relish, pickled beets, green beans, olives and more. Then, there was dessert. Grandma’s specialty was pies and we had to make some really difficult choices from among pecan, chocolate, pumpkin, apple and homemade venison mincemeat pies.

After dinner the adults liked to sit and talk over a cup of coffee but we kids were chomping at the bit to get started with the main event, the presents. The kids got to hand out the presents and then came the excitement of opening them. Granddad and my dad always watched us open our presents before they opened theirs. We always got lots of nice presents. They were not big or expensive but they were ours.

When things settled down, we gathered around the piano while grandma played Christmas Carols and we harmonized. After a while, the adults would haul out their musical instruments to play and sing until well into the morning. The kids played Parcheesi and caroms until we got tired and then we would doze off on the couch. Eventually the musicians would pack up their instruments and we would head home to get a little sleep before Santa showed up.

Santa never brought a lot of fancy presents, but we always got something. One year my folks cleaned up the doll my sister received from Santa the year before – a new dress made her perfect for regifting. They also cleaned up the little car that I got the year before – repainted it, wrapped it up and put it back under the tree. I wouldn’t trade those memories for all the fancy toys and gadgets that they have now at the mall, but if somebody were to surprise me by repainting my car, that would still be a pretty good gift.


The Woodpecker and the Crow Go To the Mall…