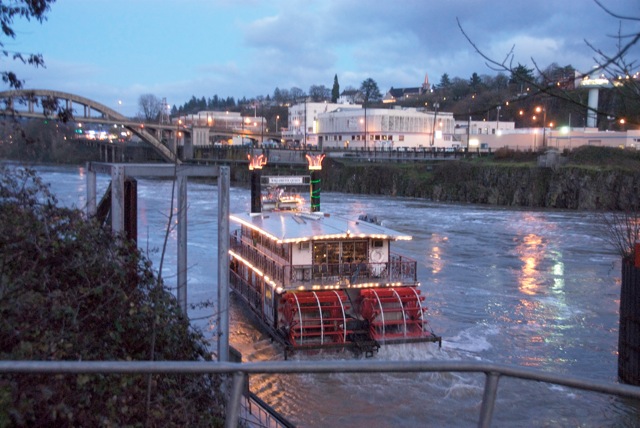 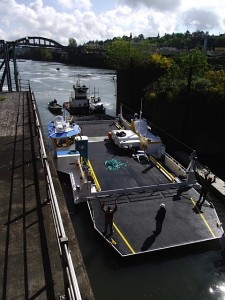 WEST LINN, Ore. –The historic Willamette Falls Canal and Locks, located between West Linn and Oregon City, are steeped in pride and purpose. Opened in 1873, they still serve as the only way to navigate from the lower to the upper section of the Willamette River. Operated by the U.S. Army Corps of Engineers, they unite Portland, Salem and beyond. They serve history preservation, tourism, commerce and recreation – or at least would if they were open right now.

Carved out of the natural stone between the east bank and the island that holds the old West Linn Paper Mill, the Canal and Locks are the only ones of their kind west of the Rockies. Out of the five in the nation, they are the only ones still operable. Closed by the Corps of Engineers in November 2011 for possible safety issues in some of the metal parts that connect the gates to the walls, Sandy Carter, executive director of Willamette Falls Heritage Foundation, is championing the project to restore them.

“They are recognized as one of only seven operating canals listed on the National Register and it is exciting to have them,” Carter said. “They are a resource of comparative rarity, exceptional integrity. Cut through a narrow rock shelf and bordered on either side by valuable commercial property, their situation has precluded the modernization that has obliterated most traces of other bypass canals. Existing as they were during their period of significance, the intersection of time, space and place have combined to make the Canal and Locks at Willamette Falls a nationally significant cultural resource with few, if any, counterparts.” 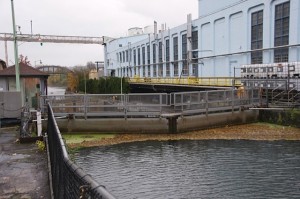 Leaves gather in the historic Willamette Falls Canal and Locks waiting for money to restore the only water passage between the lower and upper Willamette River; photo by Jan Jackson

A sacred location, favored camp, fishing site and trade center for Clackamas, Chinook and Central Kalapuya peoples, the falls of the Willamette River were first documented by Lewis and Clark during their return east from Fort Clatsop though no member of the expedition actually visited them. British or American fur traders were likely the first Euro Americans to visit the site, beginning around 1811. The first known use of the falls as a power source was when the famed “Father of Oregon” Dr. John McLoughlin, developed a water powered mill on the east bank of the falls in 1811. By the 1840s, drawn by the natural stopping point of the falls and the available waterpower, Oregon City began to develop.

Even before steamboats came to the Willamette River, wheat and other grains, fruit and vegetables moved down the river on Hudson’s Bay Company York boats from the area known as French Prairie. Once through the locks, they went to Fort Vancouver and continued in larger sailing vessels down the Columbia to the ocean. Willamette River navigation played a role in pioneering America’s export agriculture and lumber trade, a role that continued and expanded after the 1873 opening of the Canal and Locks at Willamette Falls.

On January 5, 1869, the Oregonian wrote: “This will be one of the most important enterprises ever inaugurated in Oregon…the Company will construct a canal 2500 feet long and 40 feet wide with three connecting locks, each 200 feet in length…its completion will mark a new era in our river navigation and the people of Wallamet (sic) valley and in fact the whole state, will be benefitted incalculably by the improved facilities it will afford for transportation.” 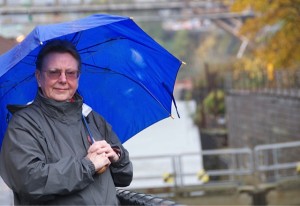 Though commercial traffic through the locks peaked in 1943, the Canal and Locks at Willamette Falls are still vital to both history and the future of the Willamette Valley. Data tables from “2011 River Ports etc.” show the number of miles one-ton can travel per gallon of fuel is 514 miles for barge, 202 for a rail car and 59 for a truck trailer. Today’s traffic is patiently waiting for the gates to be repaired and reopened and so is Sandy Carter.