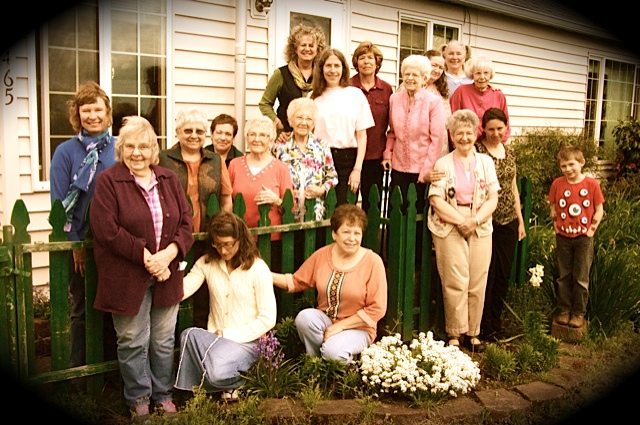 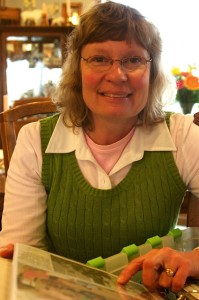 KNOX BUTTE, Ore. – On March 20, 1912, just days before the Mayor of Tokyo gave 3,000 cherry trees to Washington, D.C., the Titanic sank and Harriet Quimby became the first woman to fly across the English Channel, a group of rural ladies in a Knox Butte Oregon farmhouse, formed a society they called the Sunshine Circle. Though they have since joined  with the Garden Club, meet once a month instead of twice and pay annual birthday dues of $2 instead of 25 cents, they have not lost sight of their 100 year old mission — to know and take good care of their neighbors.

Knox Butte is a small close-knit farm community six miles east of Albany, Oregon. The actual butte, which has an elevation of 634 feet, was named for James Knox (a pioneer of 1845 and a cousin of James Knox Polk, president of the United States). Teresa Leatherman, a Knox Butte native who returned with her family to the community she grew up, is now a club member.

“I was born and raised here on the farm until I went away to a Mennonite college in Hesston Kansas,” Leatherman said of her Knox Butte roots.

“After college, mutual friends and I moved to Texas to work, I met my future husband there and followed him to Pennsylvania where we married and started raising our family. Because I was an only child, in 1992 we moved back to Knox Butte to be near my parents. Today, the Leathermans raise sheep, goats, chickens, pigs and a big garden. Teresa joined the Sunshine Circle Garden Club because ” I love to garden and I wanted to get to know my neighbors. We also hold plant sales to make money toward the upkeep of the Central Cemetery (the one on Harbor Road), and to give to various charities.” 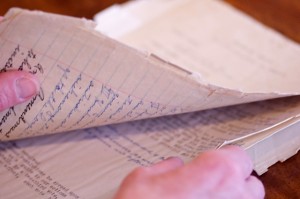 The purpose of Sunshine Circle, founded by Elizabeth Geisendorfer Lines and Marie Propst Miller, was to unify the people of Knox Butte and better their spiritual life, their home and social conditions. They wanted to live up to the teachings of the Bible by making home life more comfortable, more prosperous and more contented, and to lend a helping hand to neighbors in times of need.

The inspiration for the name came from Marie Miller’s young invalid son Ernest, who died in an 1918 influenza epidemic. The form for obligating new members into the Sunshine Circle, gives testimony to the foresight and organizational skills of its founders. It reads:

You are being received into the Sunshine Circle with equal rights of all other members, and you are expected to assume equal responsibility.

And, still foremost in the hearts of the 2012 Sunshine Garden Club, is the 1912 Sunshine Creed:

“Have you a kindness shown?

‘Twas not given you alone,

Let it travel down the years,

Till in Heaven the deed appears.