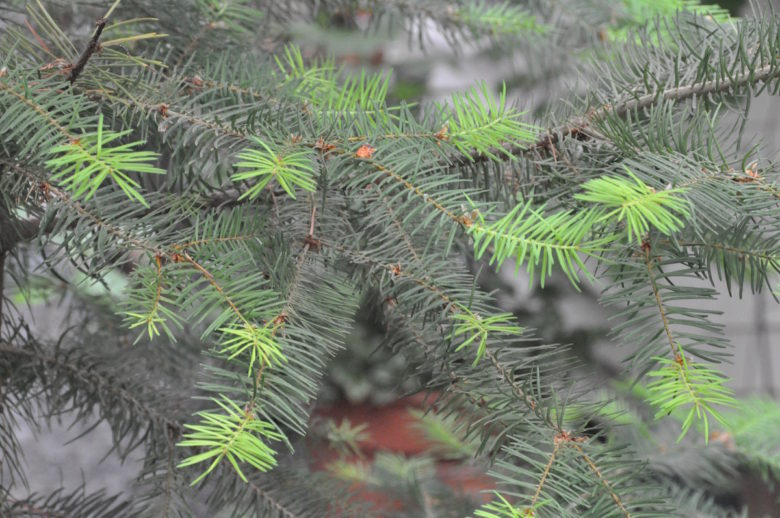 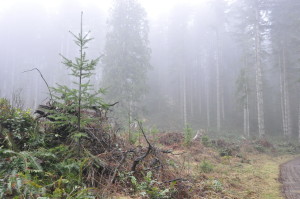 RAINIER, Ore. – Think of western Oregon and images of tall evergreens lining rivers and highways, looming forever on the horizon and in the rear view mirror quickly emerge. If you are among those who love the ever-dark green stands of timber – accented with light green signs of spring and the red and yellow signs of autumn – look to the tree farmers who work hard to keep them that way.

Family by family, many forest entrepreneurs who plant and harvest the Douglas fir, have bought and restored land that had been logged over by early day loggers. It was 1940 when George VanNatta, the late patriarch of VanNatta Brothers logging and tree farm operation did just that.

“My dad, who was a lawyer and his building contractor friend, had two things on their mind when they bought the land on which we still operate,” K.C. VanNatta said. “They wanted to get their families out of St. Helens before the war broke out, and they wanted to follow a dream they had of starting a cattle ranch. The land they found was covered with willows, maples, black stumps from a previous forest fire and defective Douglas fir that the Deer Island Logging Company had rejected. Even though it was selling for back taxes, the two men didn’t find it easy to convince their wives to borrow that much money and move the 25 miles out in the sticks. Dad ended up buying out his partner and going it alone.” 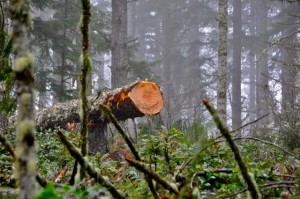 A tree selected and felled, is nearly ready for market; photo by Jan Jackson.

Though VanNatta still runs some cattle to keep the grass down among the trees for fire prevention, it didn’t take long to realize the land was better suited to tree farming than cattle ranching. George, with the help of his sons, began grooming the farm for lumber production, wildlife habitat and other areas of good land stewardship. Today, the 1600-acre operation they call the Roman V Ranch, is one of the Northwest’s premier family logging tree farm operations.

K.C. VanNatta, a graduate of Willamette University with a degree in biology, was chosen Oregon Tree Farmer of the Year in 1996 and Western Regional Tree Farmer of the Year in 1997. He holds active membership in Oregon Tree Farm and American Tree Farm Systems, Oregon Small Woodland Owners Assoc., Northwest Oregon Forest Protective Assoc., Associatiated Oregon Loggers and is a director of the Oregon Farm Bureau. In addition, the family tree farm is certified by the American Tree Farm System. 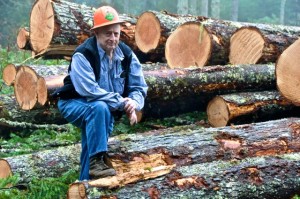 K.C. VanNatta stands in one of the sorting yards of his logging tree farm operation; photo by Jan Jackson

“There are those among our numbers who periodically advocate that timber not be harvested,” VanNatta said. “Not everyone has figured out that our forests are a renewable resource, which like any crop, will spoil if not tended to. The fact is, that much of our western timber land is now being harvested for the second or third time since European settlers first moved west a little over 150 years ago. The destiny of un-harvested western forests is wildfire.”

For more information on the VanNatta Brothers operation, visit http://www.vannattabros.com


A Tree Farm Shines in Scio…