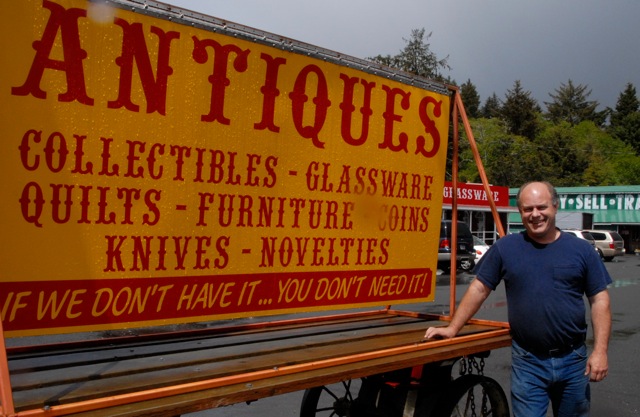 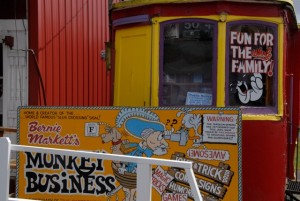 Shop keepers who make up the family-based units in the Antique Village are Sweet Bee Antiques, North by Northwest

LINCOLN CITY, Ore. –Bob Duby was fresh out of auctioneer school when he opened an auction house in what was then Hap’s Street Car Village in Lincoln City. The year was 1981. By 2000, after owner Hap Hitchcock and his successor both passed, he bought the place. Today, Duby operates AA Auctions and AA Furniture & Antiques and rents his collection of shops to an eclectic group of antique dealers and shopkeepers. An ever demanding job and a forever work in progress, Duby has managed to keep one of the oldest antique malls on the coast true to its roots.

“I’ve been fortunate to have great tenants,” Duby said of the shop- keepers who make up the family-based units in the Antique Village. “Sweet Bee Antiques have been here eight or nine years, North by Northwest Books and Pharmaceuticals has been here four, Lucky Cats and Suzy’s Pop Culture have been here three and The Second Coming just opened up. Add the Monkey Business Joke Shop, the By the Sea Lock and Key and you have a great family place where everyone can find something they like.” 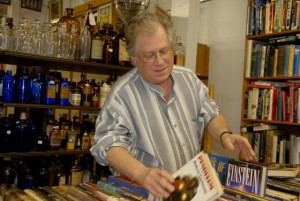 North by Northwest Books and Antiques also has one of the northwest largest collection of books and pharmaceuticals.

Street Car Village Antique Mall developed on the site of the old Warner Timber Company home base in the 1960s. The building that houses AA Auction was the maintenance shop where they drove the logging trucks in to work on them and the former Warner Timber Company offices are now retail shops. By the time Duby bought the property, it had suffered years of neglect and it has been an uphill restoration battle since.

“I had just come out of the oil fields in Nebraska as a deck hand, and saw an ad for an auction school in Mason City Iowa,” Duby said of his entry into the auction business. “I signed up for the two week 8 Streetcar Village Antiques is a family place where everyone can find something they like. Shopkeepers who make up the family-based units in the Antique Village are Sweet Bee Antiques, North by Northwest am to 10 pm crash course and three months later got hired as an auctioneer at Woodburn Auction Yard. I loved it and 15 years later, I opened my own.”

Duby started out gathering merchandise and holding an auction every week. Today he sometimes brings in two to three semi-truck loads a month, and once a month holds an auction that packs about 200 people. packed in here for an auction. Some items are available for sale in the retail store before they hit the auction floor.

“The auction business and the continual upgrading the buildings take all of my time because I do most of the work myself. When a shop becomes vacant, I gut and renovate. Otherwise we just work around each other.

“We’re a diverse one-stop-shopping place for individuals, families and groups and we’ve got something for everybody.”